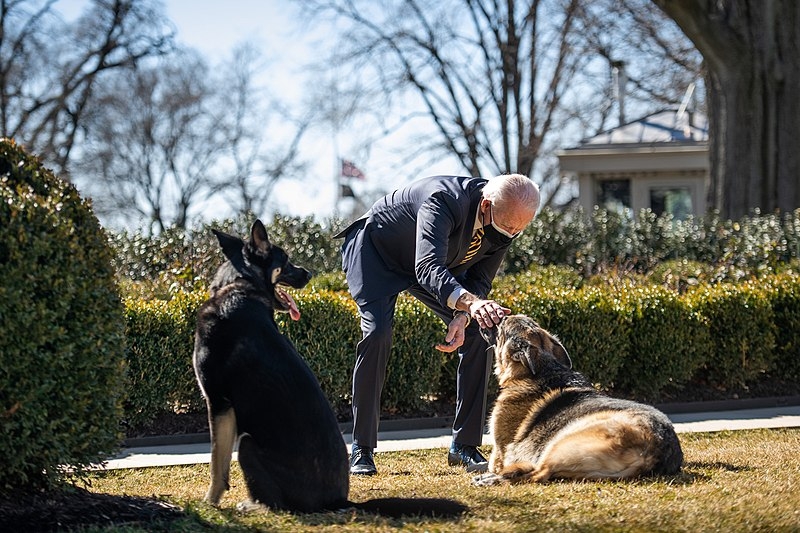 US President Joe Biden and first lady Dr. Jill Biden experienced a loss over the weekend. The Bidens announced the passing of their beloved dog Champ Biden.

The Bidens took to social media to share their statement announcing the passing of their 13-year-old dog. Biden purchased Champ from a breeder in Pennsylvania back in 2008, when he won the vice presidency. Dr. Biden promised her husband that they would get the dog and would reportedly tape photos of dogs on the back of the seat in front of Biden on his campaign plane.

“Our hearts are heavy today as we let you all know that our beloved German Shepherd, Champ, passed away peacefully at home. He was our constant, cherished companion during the last 13 years and was adored by the entire Biden family,” the Bidens said in the statement.

“When we came into a room, he would immediately pull himself up, his tail always wagging, and nuzzle us for an ear scratch or a belly rub. Wherever we were, he wanted to be, and everything was instantly better when he was next to us.”

Champ is one of the two dogs the Bidens own, with the younger of the two, Major Biden, who was adopted by the now-US President in 2018 from the Delaware Humane Association after he was fostered for eight months. The Bidens’ dogs were temporarily sent back to Delaware after a biting incident that occurred with Major, but have returned to the White House as of late.

The weekend seemed to be bittersweet for the Bidens as Father’s Day was celebrated Sunday. The first lady celebrated the special day by thanking her husband and her father in special social media posts. Dr. Biden also expressed sympathy for those who are “missing their fathers” on the day.

“To the father of my children. @POTUS, your boundless love for our family is our anchor,” Dr. Biden tweeted in one of two tweets, sharing a throwback photo of the couple on the beach with their adult children Hunter Biden, Ashley Biden, and Beau Biden, who passed away in 2015.