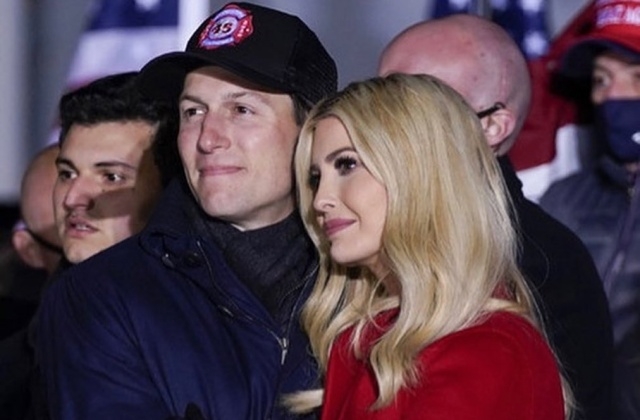 Ivanka Trump and Jared Kushner started their political career after Donald Trump won the presidential election in 2016. Now that the POTUS has been defeated by his Democrat candidate and rival Joe Biden, it was reported that things between the First Daughter and her husband have turned sour.

As per Express, Ivanka Trump just treated her husband, Jared in an icy manner. It was described as "cold affection," and this happened while they are preparing their selves to leave the White House in January.

This detail surfaced after observers noticed that Ivanka Trump and Jared Kushner’s relationship.

Greatly changed after their campaign tours for Donald Trump. It was said that while the pair looked really happy together when in public, their body language shows otherwise.

Relationship and body language expert Nicole Moore alleged that the eldest daughter in the Trump family is more warm and affectionate towards her father than her husband with who she has three children. Moore studied some clips of Ivanka, Jared, and Donald Trump during the campaign rallies and other events when they were together.

After examining the clips, the expert came to conclude that Ivanka Trump never smiles so wide when she’s with her husband. In contrast, she shows her big grins when she’s greeting or facing her father.

"They don't hate each other, and there is love there, but it's not warm affection," Moore explained what she observed from Ivanka and Jared’s body language. "When someone is really in love, you literally can't stop them from talking about the other person and this is something that they don’t seem to do.”

Moore further said that there are instances when Ivanka Trump and Jared Kushner hold hands; however, there is no warmth in their gesture. She added that the “romantic spark” is also missing.

“What's missing is genuine displays of affection or exuberance about being partnered with each other," Moore said.

Meanwhile, it was reported that Ivanka Trump and her husband’s circle of friends are diminishing, and this is making it hard for them to determine where they should settle after leaving the White House. There were reports that people will not be welcoming them back in New York and their friends in the high society there may not accept them anymore as well. It was suggested that the best option for them is to relocate to Palm Beach instead where they will surely get social acceptance.

“Everyone with self-respect, a career, morals, respect for democracy, or who doesn’t want their friends to shame them both in private and public will steer clear,” one of Ivanka’s former friends told Vanity Fair.