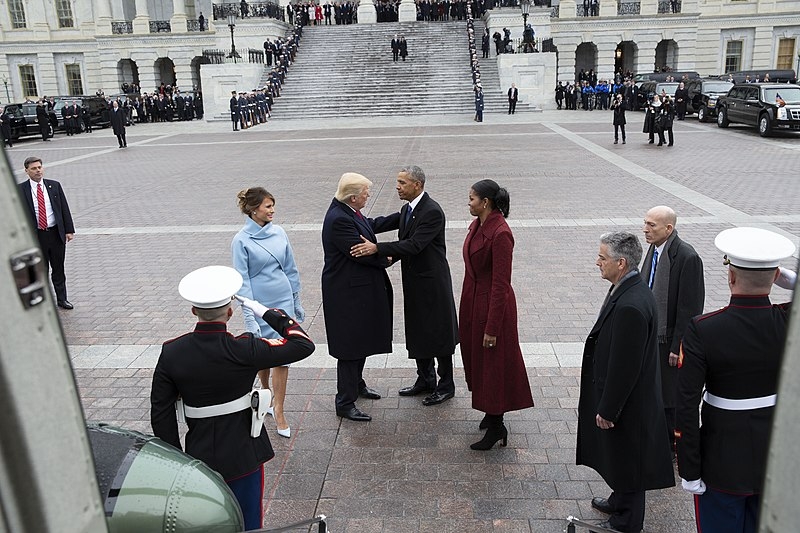 In light of the current turbulent transition period between administrations following the elections, former first lady Michelle Obama has since looked back at their own transition out of the White House. Michelle has also criticized now-outgoing President Donald Trump for his refusal to concede and cooperate.

Michelle took to Instagram to recall their own transition period back in 2017 following Trump’s election win. The former first lady shared how she decided to put her anger and issues with Trump aside to be able to ensure a smooth transition between the outgoing and incoming administrations. The Obamas, as Michelle shared, made sure that a smooth handoff of power was done just as what they had experienced with her husband Barack Obama’s predecessor George W. Bush and Laura Bush following Obama’s election victory in 2008.

The former first lady also touched on Trump’s refusal to concede and continuous assertions of election fraud despite not having any evidence. Michelle noted the Trump administration’s refusal to cooperate with the incoming Biden administration, a move that has been criticized across the board.

“Our love of country requires us to respect the results of the election even when we don’t like them or wish it had gone differently - the presidency doesn’t belong to any one individual or to any one party. To pretend that it does, to play along with these groundless conspiracy theories - whether for personal or political gain - is to put our country’s health and security in danger. This isn’t a game,” wrote Michelle.

In other related news, Michelle and now-incoming first lady Jill Biden are known for their close friendship following their husbands’ eight-year stint in the White House as president and vice president. In a 2016 interview, Michelle and Jill recalled one particular initiative that was supported by the Duke of Sussex, Prince Harry, called Joining Forces.

When asked what they would continue doing in the said initiative, the women shared that their conversations with military spouses are what they hope to continue doing. Their interview at the time follows the Duke’s seven-day visit to the US where he joined the women in a White House reception to honor military mothers.