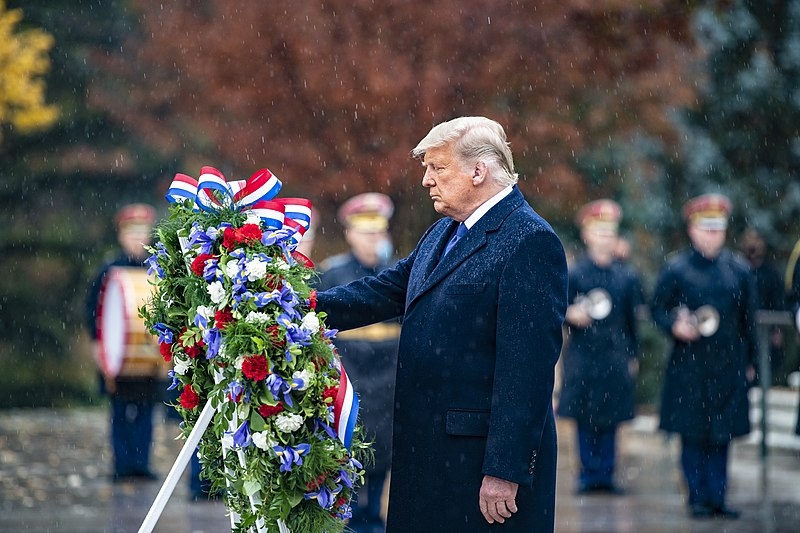 Tensions between the United States and Iran remain despite the impending shift in the presidency in Washington. Last week, Donald Trump reportedly asked his advisers about a possible military strike against Iran due to the Islamic nation’s supposed building of its nuclear arsenal.

Reports have circulated that Trump has asked his advisers about possibly conducting a military strike against Iran last week. This follows an inspection report revealing that Iran was already in the process of building more of its nuclear weapons. Last Thursday, Trump met with the members of his national security team to discuss possible military and cyberattacks on Iran’s nuclear targets. However, Trump was warned by his aides that engaging in a military strike now would result in a major conflict between the two countries in his last few months as president.

In the end, the officials and Trump have since ruled out engaging in a military strike with the Islamic nation. Other officials present during the meeting was vice president Mike Pence, Secretary of State Mike Pompeo, Acting Defense Secretary Christopher C. Miller, and Joint Chiefs of Staff Mark Milley. Trump previously pulled the United States out of the 2015 deal that was made with Iran alongside the UN to reduce economic sanctions in exchange for ceasing nuclear weapon production back in 2018. Trump cited without evidence that Iran was cheating, thus pulled the US out of the deal.

This was seen by some analysts as Trump’s attempt to engage in a nuclear strike against Iran that would prevent president-elect Joe Biden from re-establishing diplomatic relations with Tehran. Nevertheless, Trump has often threatened Iran in the duration of his campaign this year.

Meanwhile, Trump is also focused on pushing for legal action on his lawsuits against several battleground states regarding the election results. Refusing to concede to Biden, Trump filed lawsuits in an attempt to prevent the certification of Biden’s win against him in the recent elections. None have been successful, including the Pennsylvania Supreme Court’s junking of the Trump campaign’s arguments that Republican election observers were not allowed to closely watch ballot counting in Pennsylvania.

The legal cases have no effect on Biden’s projected victory all over the country, not just in the state.