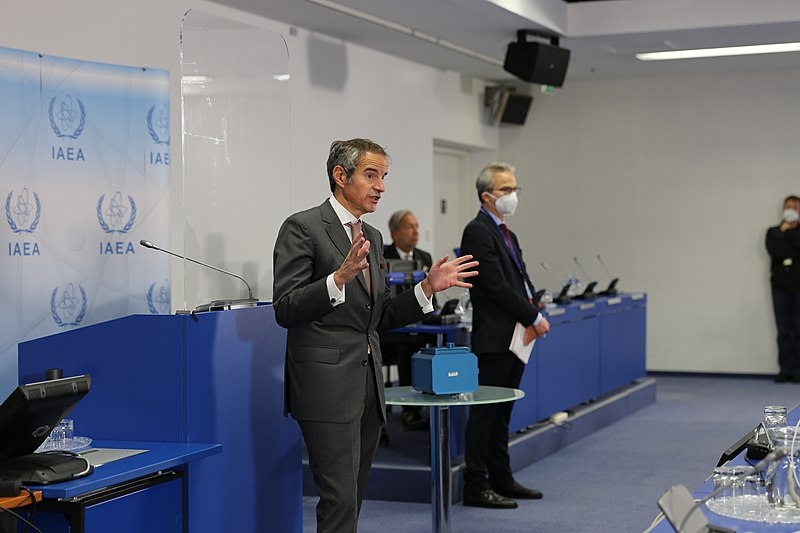 Grossi said Thursday that Iran has moved its workshop that produces parts for its centrifuges – the machines that enrich uranium – underground, according to Reuters.

The workshop uses machines from a facility in Karaj that is now shut down after suffering what Iran claims were a sabotage attempt by Israel. The workshop makes the essential parts of advanced centrifuges deemed to be one of the most efficient in Iran’s nuclear program.

Grossi told a news conference that the workshop was in “one of the halls” of the Fuel Enrichment Plant. Diplomats say that the plant is three floors underground, done to protect the facility from potential airstrikes. The IAEA told its member countries two weeks prior that Iran has moved the machines to Natanz, but did not disclose the specific location of the facility.

To this day, Iran has only used its FEP for the enrichment of uranium and is the one facility where the 2015 nuclear deal allowed Iran to produce enriched uranium but only with its first-generation IR-1 centrifuges. The IR-1 centrifuges are known to be less efficient compared to the country’s more advanced models.

IAEA chief inspector Massimo Aparo said that the facility is ready for operations.

This news comes amidst paused talks on the nuclear deal between Iran and major powers such as the US after months of negotiations. Talks were put on hold following Russia’s invasion of Ukraine.

Iran’s IAEA spokesperson later confirmed Friday the belief that the reason for transferring the centrifuge part workshop underground was due to the “terrorist attack” on Iran’s Karaj site.

“Due to the terrorist operation against the TESA Karaj complex, we had to tighten security and relocate a significant part of the centrifuge machines to a safer location,” said Iran’s IAEA spokesperson Behrouz Kamalvandi, according to Iranian media outlets. Kamalvandi claimed the lack of attention by the IAEA on Israel’s “vicious operations” as a reason for the move.