‘Horizon Forbidden West’ gameplay: Supporting characters have ‘minimal’ effect on the story, but there’s only one ending 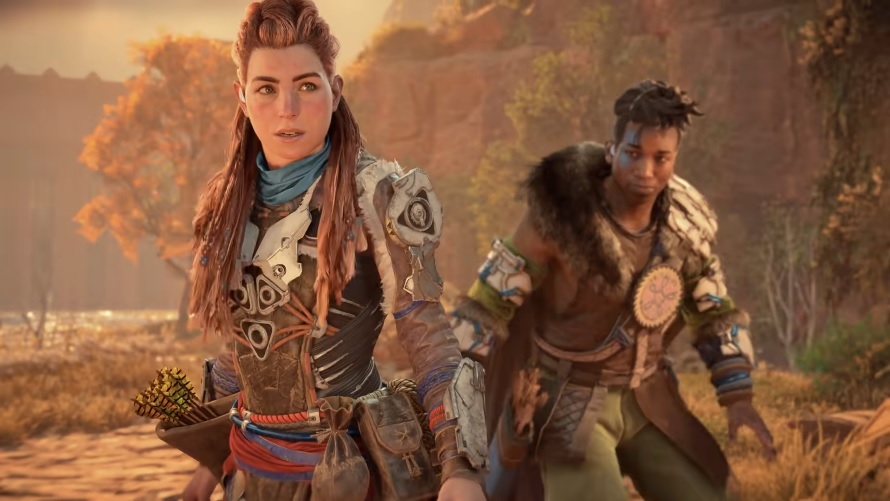 With only a few weeks left before fans accompany Aloy into the Forbidden West, Guerilla Games assured fans that they do not have to worry about multiple endings. However, the developer said the time players spend with supporting characters will have a small effect on how the story progresses.

In an interview with EveryEye.it, narrative director Benjamin McCaw explained that one of their goals in the sequel is to make Aloy’s relationships with the supporting characters even more meaningful. Like in “Horizon Zero Dawn,” some of Aloy’s missions in “Horizon Forbidden West” will be carried out while the main protagonist is accompanied by a supporting character.

McCaw noted that players cannot choose which secondary character will go with them. But the developer said this will not make them less important in “Horizon Forbidden West.” “For example, the time you decide to spend with certain supporting actors could have an effect, albeit minimal, on the progress of the story,” McCaw said (via machine translation).

The developer added that players, assuming the role of Aloy, will have some “strong moral choices” to make that will have “extremely powerful consequences.” Those choices appear to include how much importance Aloy will give to different supporting characters, but that does not mean the ending of “Horizon Forbidden West” would vary. McCaw clarified that the game has only one ending, but the effect of the supporting characters as well as Aloy’s moral choices will tweak “some nuances” into how the story unfolds.

Guerilla Games did not go into detail on how long the “Horizon Forbidden West” main campaign is compared to the first game. But McCaw said they are “substantially comparable,” suggesting the sequel would not take a much longer time to complete than “Horizon Zero Dawn.”

There are still plenty of plot details that players will learn once the game launches next month. But, for now, Guerilla Games confirmed that “Horizon Forbidden West” happens six months after the events in “Horizon Zero Dawn.” And as mentioned in earlier teasers, a phenomenon called the Red Blight is the main reason Aloy sets out on a journey into the Forbidden West.

“Horizon Forbidden West” will be released on Friday, Feb. 18. It will be available on PS4 and PS5.