‘Horizon Call of the Mountain’ gameplay: Aloy will be in the PS VR2 game but not as the main protagonist 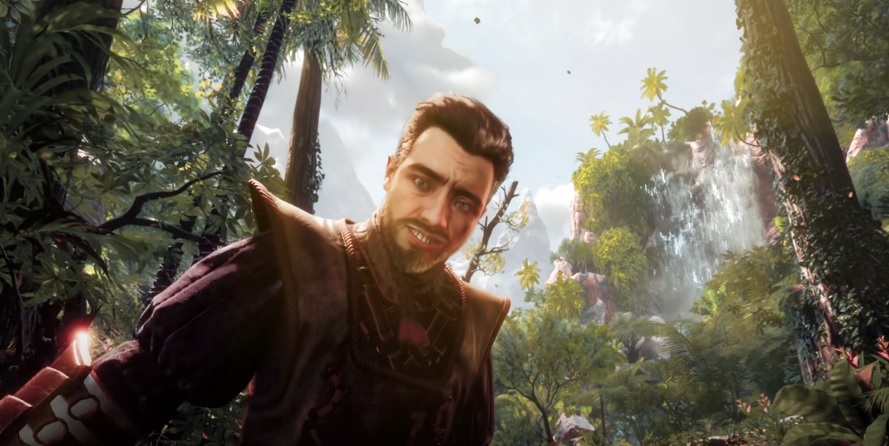 From the ‘Horizon Call of the Mountain’ teaser | Photo credit: PlayStation / YouTube screenshot

“Horizon Forbidden West” is not the only game to follow “Horizon Zero Dawn.” Sony announced this week that a new virtual reality game, titled “Horizon Call of the Mountain,” is exclusively launching on the PS VR2. Details are still scant at the moment, but the company suggested that Aloy might make an appearance.

Sony announced the PS VR2 at CES 2022 earlier this week, along with “Horizon Call of the Mountain.” The game may not be a direct sequel to Guerilla Games’ “Horizon” titles, but a very brief teaser confirmed the VR title is set in the same world filled with mechanical creatures.

The trailer does not say much about the “Horizon Call of the Mountain” plot or gameplay, but it suggests that fans can expect a similar lush environment as they have seen in “Horizon Zero Dawn” and “Horizon Forbidden West.” In terms of the story, it is still unclear if the PS VR2 game will be a sequel but it appears to be connected somehow to the plot featured in the two titles.

In a blog post, Guerilla Games studio director Jan-Bart van Beek confirmed “Horizon Call of the Mountain” will introduce an “entirely new character.” And PS VR2 players will be able to view the story from their perspective. But, as mentioned, there could be some connection among the “Horizon” games. “You will also meet Aloy, other familiar faces, and new characters along the way,” van Beek said. The blog post does not say much about the new protagonist, but Guerilla promised to introduce them “soon.”

In the teaser, van Beek mentioned that teams from Guerilla are also involved in the development of “Horizon Call of the Mountain.” But this appears to be one of the first main projects for Firesprite after being acquired by Sony PlayStation last September.

Meanwhile, the announcement of “Horizon Call of the Mountain” lines up with an earlier report that Sony wants to make PS VR2 a platform for developers to bring AAA games into the VR space. The upcoming headset is confirmed with several upgrades, including a new OLED display, 2000 x 2040 per eye resolution, 110 degrees Field of View, foveated rendering tech, and a built-in motor for headset feedback. But Sony has yet to announce the release dates for the VR game and hardware.