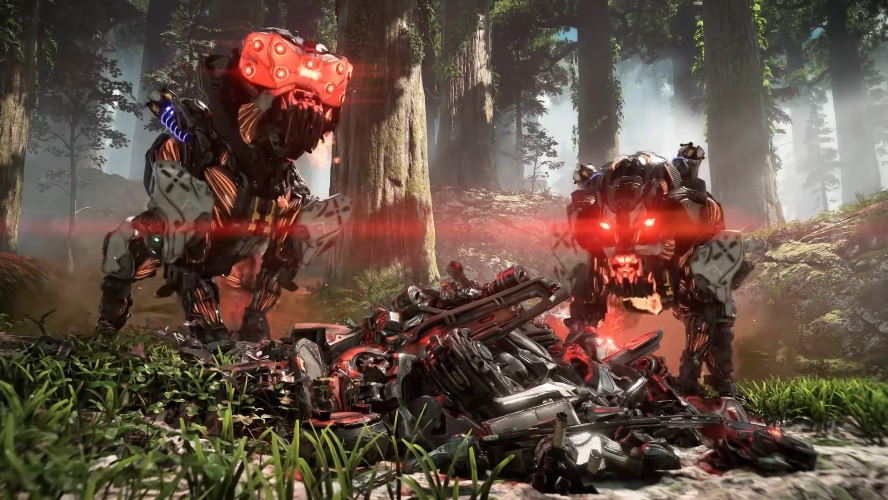 PlayStation fans looking forward to the release of “Horizon Forbidden West” can also expect to see new kinds of Machines in the sequel. After the mechanical creatures were unveiled at The Game Awards last week, Guerilla Games followed up with a new trailer focusing on the three new Machines Aloy will encounter in her next adventures.

Guerilla Games previously detailed how the game is designed to have NPCs with more defining traits. Now, the developer confirmed that the Machines are also getting some improvements in the sequel, including the addition of the Sunwing, Slitherfang, and Rollerback.

The Sunwing, as the name suggests, are Machines with massive wings. In the new “Horizon Forbidden West” trailer, the Sunwing appears to be more active when there is daylight, that is because their wings actually have solar panels. They look like pterodactyls and often “patrol” the skies in a flock. Of the three Machines previewed in the trailer, the Sunwing looks the least threatening. But how they could help Aloy or make her missions more challenging has yet to be revealed.

The new “Horizon Forbidden West” also offers a closer look at the Slitherfang. Also made obvious by its name, this Machine is built like a massive cobra, which is often portrayed as the scariest and most dangerous kind of snake. In the trailer, the Slitherfang is seen slithering across a desert. It is then possible for Aloy to encounter them more often in sandy areas. But the video teaser also shows the Slitherfang does not only dwell on a sandy surface as it can also climb up and wrap itself around tall buildings.

Lastly, the Rollerback appears like a much larger mechanized armadillo. The metal plates on its back seem to be detachable, but the Machine can gather them quickly at its will. With the plates back to their places, the Rollerback can curl its body into a ball, allowing it to roll away while leaving traces of fire through its path.

Not all Machines are Aloy’s enemies. Like in the first game, and as shown in the new trailer, Aloy can control a Machine and use it to her advantage. But one of the new features in “Horizon Forbidden West” that will make human NPCs more threatening is that they can control Machines in the sequel as well.

As the trailer warns, some of the strongest Machines are built just to kill and they can fall into the “wrong hands” to wreak havoc in Forbidden West. “Horizon Forbidden West” will be released on Feb. 18, 2022 on PS4 and PS5.