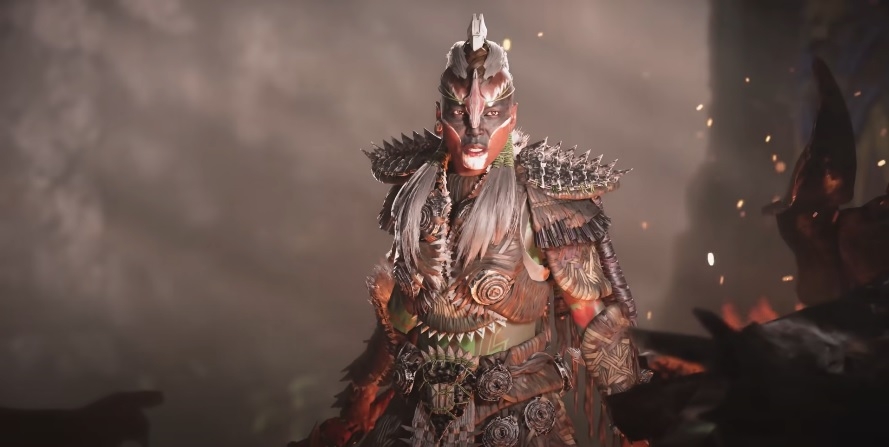 With only a few weeks left before the release of "Horizon Forbidden West," Guerilla Games unveiled a new story trailer that provides more insight into Aloy's next journey. Fans have known for a while now that one of the sequel's antagonists is Regalla. But the new teaser reveals that she is getting help from Sylens, one of Aloy's former allies.

The new story trailer is somehow a continuation of the previously released teaser focused on the new and returning tribes to be featured in "Horizon Forbidden West." Regalla and the group of rebels she leads appear to be fierce warriors. They are deemed to be even more threatening because they can control some of the mightiest Machines in Forbidden West.

It is now revealed that Regalla gained the ability to control them with Sylens' help. He was one of the important allies of the main protagonist in the first game, who even saved Aloy's life at one point. Sylens has an immense interest in learning about the past and the Old Ones, and it was later revealed that he had hidden motives in helping Aloy -- one of them was to capture HADES.

Sylens' motives remain a great mystery, especially after the new revelations from the "Horizon Forbidden West" story trailer. The teaser does not say how and why Sylens is helping Regalla, and Guerilla Games wants to keep that a surprise. The reason behind Sylens and Regalla's partnership is one of the mysteries players are bound to discover in "Horizon Forbidden West."

"Sylens is always somewhat of a mystery and [full of] secrets," senior writer Annie Kitain told Game Informer. "We know from Zero Dawn he was helping Aloy. But now in the Forbidden West, he definitely has his own agenda."

By the end of the "Horizon Forbidden West" story trailer, fans will find a new mysterious character named Tilda. Details about her are scant, and whether or not she will help Aloy in the sequel is still unknown. For now, Kitain only described Tilda as someone with "a special connection to the ancient past."

Guerilla Games also confirmed that "Horizon Forbidden West" features a star-studded cast. Carrie-Anne Moss ("The Matrix," "Memento") and Angela Bassett ("What's Love Got to Do with It," "Black Panther") provided the voice and motion capture for the new characters Tilda and Regalla, respectively.