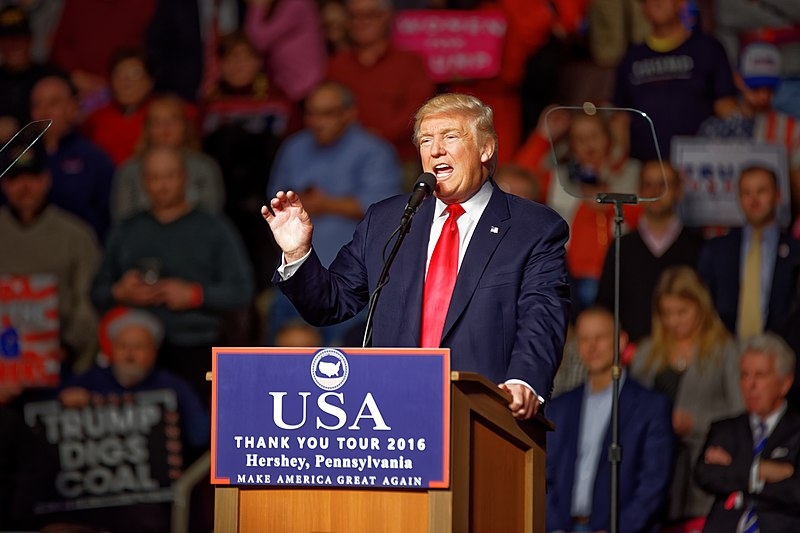 To this day, former President Donald Trump has not accepted that he lost the November elections to Joe Biden even though it has already been months since he left office in January. Trump issued another statement ranting about his election defeat, only to be criticized by netizens on social media.

Trump issued a statement claiming that the 2020 November election was the “crime of the century,” a claim he has repeatedly made numerous times along with widely debunked claims of election or voter fraud. To note, even his own appointed officials have not seen evidence of widespread voter fraud, and most of Trump’s lawsuits contesting election results in states he lost to Biden were also dismissed. The statement was released through the Right Side Broadcasting Network’s Twitter account and was met with backlash from many users.

One user commented that the only offense that has been committed is that despite Trump’s ban from social media, especially on Twitter, his statements still find their way onto the platform. “If you’re referring to the 2016 presidential election, where the person with less votes was given the win, then I can go along with that,” said another commenter, referencing how his opponent at the time, Hillary Clinton, won the popular vote despite losing the Electoral College.

The statement also follows reports of Trump’s aides supposedly planning his return to the political scene by holding rallies in June and July to boost his popularity. In recent weeks, the former president has taken to issuing endorsements of candidates that are also his staunch supporters.

Over the weekend, Trump’s blog, “From the Desk of Donald J. Trump,” crashed following his statement claiming that there was voter fraud in Arizona, where an active GOP-controlled recount is taking place. Trump’s message prior to the crashing cited unverified statements claiming election fraud in the state that went to Biden during the 2020 elections.

Users who checked the site saw the message saying “something has gone wrong and this URL cannot be processed at this time.”

Trump launched the blog to act as his own platform following his permanent or indefinite suspension from most major social media platforms.