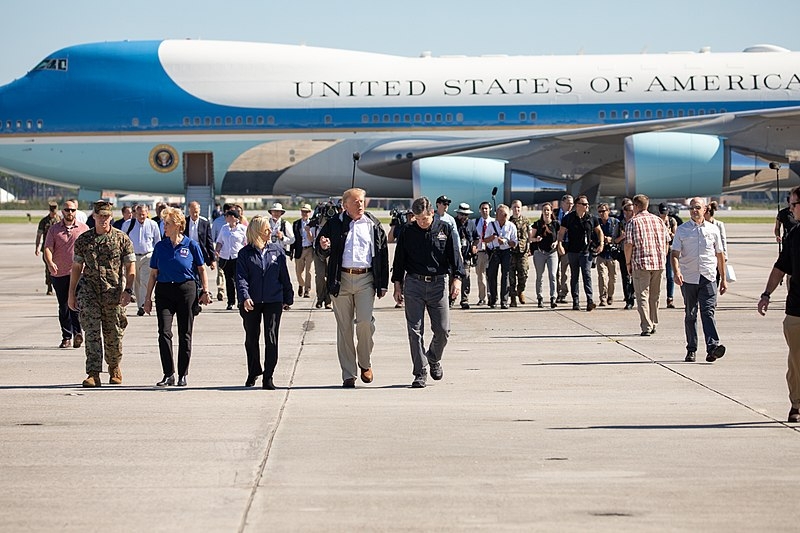 During his presidency and even months, after he left Washington in January, former President Donald Trump is keen on exacting revenge on people who he feels have wronged him or declined to show loyalty towards him. The former president’s determination to seek retribution has his advisers reportedly growing frustrated.

A report by The Washington Post revealed that some of Trump’s close advisers have grown increasingly frustrated by the former president. The report reveals that some elected Republican officials and some of Trump’s close allies are growing concerned that the former president is only focused on his “petty rivalries and grievances.” One former administration official was pressed on what Trump’s mindset is since his election defeat last November.

The official reportedly said that “All the 2022 stuff is, ‘Well, what’s in it for me?’” One adviser also revealed that Trump is doing “revenge endorsements” to attack his political enemies in an effort to displace them from the Republican party and the roles they serve in the GOP. The report further states that the former president is desperate to remain in the center of attention and desperate to maintain control of the Republican party.

Despite Trump’s continuous shows of control over the GOP, the former president also struggles with staying relevant online due to his permanent suspensions from most social media platforms like Twitter and Facebook. Trump reportedly seeks to work his way around social media by creating his own media group to share content and offer subscriptions. Data from NewsWhip in May, as reported by Axios, showed a 91 percent drop in social media interactions concerning Trump since January.

In other news, the “Morning Joe” panel discussed why Republicans still seek to curry favor from Trump despite losing the House, Senate, and White House in November. Ashley Parker from the Washington Post weighed in on the situation, citing House Minority Leader Kevin McCarthy as an example. Host Joe Scarborough asked Ms. Parker if she could specify what brought about the backtrack from Republicans, who initially condemned Trump for inciting the January 6 insurrection.

Ms. Parker cited that McCarthy’s first trip to Trump’s Mar-a-Lago residence in Florida showed that he was not going to take the approach taken by Senate Minority Leader Mitch McConnell. McConnell publicly rebuked Trump despite voting to acquit during the impeachment trials at the Senate.

“Kevin McCarthy made the calculation that all roads to the majority in 2022 run through Mar-a-Lago and one detail we put in our story that was fascinating, and I will caveat it, is that some of Trump’s top advisers are telling him if McCarthy and Republicans take back the House in 2022, that Donald Trump should not support him for speaker, should withhold his support, should freeze that race,” said Ms. Parker.