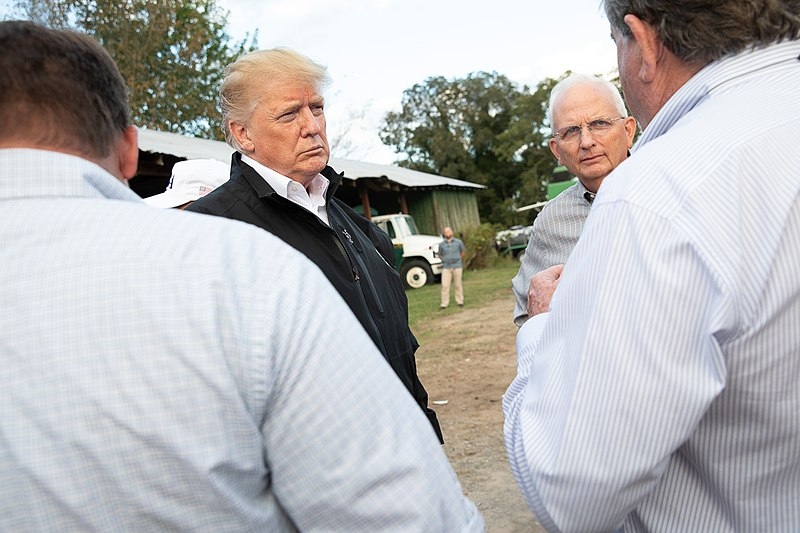 A number of prominent Republicans have become critics of former President Donald Trump. Among them is Maryland Governor Larry Hogan, who recently criticized Trump and his presidency and how it has affected the GOP today.

Over the weekend, Hogan appeared on NBC’s “Meet the Press” where he weighed in on the current state of the Republican Party. Hogan criticized the former president for how he has affected the GOP and described his term as the “worst four years” for the party. Hogan added that GOP has to appeal to a more diverse set of people and focus on winning elections again.

The Maryland Governor also criticized his fellow Republicans who insist on being staunch supporters of the former president. “It bothers me you have to swear fealty to the dear leader or you get kicked out of the party. It just doesn’t make any sense,” said Hogan. “It’s sort of a circular firing squad where we’re just attacking members of our own party instead of focusing on solving problems,”

“I think we’ve got to get back to winning elections again, and we have to be able to have a Republican party that appeals to a broader group of people,” added the Maryland Governor, who is among the most vocal critics of the former president. Hogan suggested that Republicans in Washington should instead put their focus on solving problems or debating the Democrats on the agenda that the Biden administration is looking to push.

In other news, Trump commented on the recent Kentucky Derby, where the surprise winner Medina Spirit was revealed to have tested positive for an anti-inflammatory drug that is used to hide injury or ease joint pain in thoroughbred racehorses. Coincidentally, Medina Spirit is being trained by Bob Baffert, and this was the fifth occurrence that a horse he has trained has failed a drug test. Baffert has insisted that the horse was not given the anti-inflammatory drug.

The former president took to criticize the horse in a statement he issued, calling Medina Spirit a “junky” while saying that the world is “laughing” at the US, citing the crisis at the southern border and his claim of a “fake presidential election.”