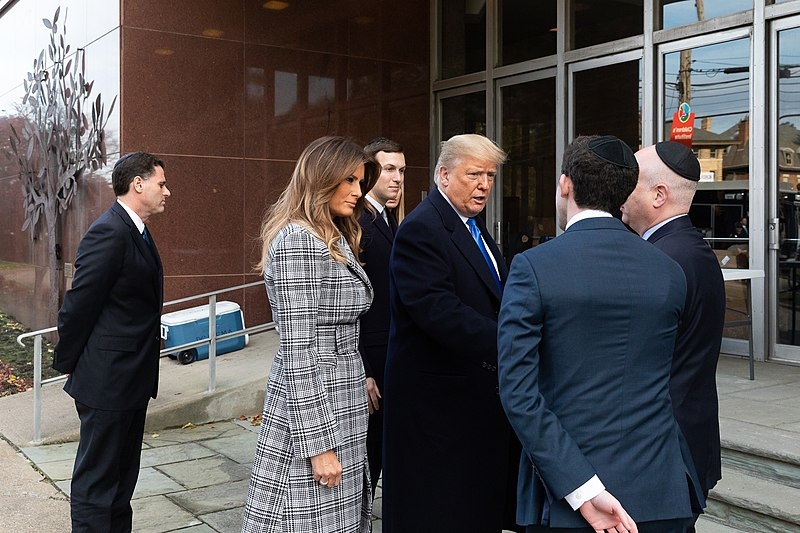 During his presidency, Donald Trump was known to have good relations with Israeli Prime Minister Benjamin Netanyahu. Amidst the ongoing violence happening in Israel and Palestine, Trump accused his successor Joe Biden of not showing enough support towards Israel.

Trump issued a statement released through his Save America PAC, accusing Biden of being “weak” and lacking in support for Israel in the midst of the ongoing chaos. Trump even went as far as to accuse his successor of trying to make the world “unstable and violent” while praising his own administration for establishing the Abraham Accords to ensure peace. This comes as Israel raided the Al-Asaq mosque during Ramadan and attempted to evict Palestinians in Sheikh Jarrah that resulted in Hamas firing rockets towards Jerusalem.

“Under Biden, the world is getting more violent and more unstable because Biden’s weakness and lack of support for Israel is leading to new attacks on our allies,” said Trump in the statement. “America must always stand with Israel and make clear that the Palestinians must end the violence, terror, and rocket attacks, and make clear that the US will always strongly support Israel’s right to defend itself.”

At the White House, Press Secretary Jen Psaki said that Biden has already been briefed on the situation. Psaki added that officials have spoken with Israeli leaders regarding the concerns of evictions of Palestinians in eastern Jerusalem. Psaki also said the Biden administration condemns the attacks by Hamas and other terrorist groups, including the attacks against Jerusalem and the extremism that has affected both communities.

In other news, a new book claims that Trump told off some members of the Secret Service for not being physically fit enough. The book “Zero Fail: The Rise and Fall of the Secret Service,” by Carol D. Leonnig, revealed that Trump was focused on the appearance of his agents, telling them to “get these fat guys off my detail,” and adding that “how are they going to protect me and my family if they can’t run down the street?”

According to Leonnig, Trump may have been targeting those who are in office roles rather than field agents. It should be noted that Secret Service agents are put through rigorous fitness tests.