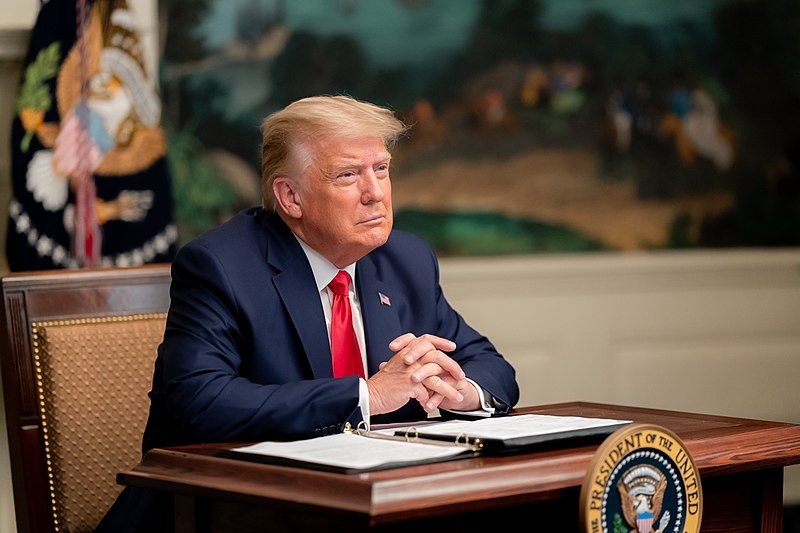 Looking to return to the political scene, former President Donald Trump is also looking to exact revenge on his political enemies through the 2022 elections. Trump recently issued his endorsement of the candidate who will challenge Alaska Republican Senator Lisa Murkowski for her seat.

The former president endorsed Alaska GOP Senate candidate Kelly Tshibaka, who will be challenging Murkowski for her Senate seat as she is up for re-election. Murkowski was one of the seven Republican Senators who voted to convict Trump over the Capitol insurrection during the second Senate impeachment trial. Murkowski also voted to confirm Joe Biden’s Interior Department Secretary nominee Deb Haaland for the post.

“Lisa Murkowski is bad for Alaska,” said the former president, who lost to Biden during the 2020 elections. “Murkowski has got to go!”

Tshibaka was a former Alaska Department of Administration commissioner and offered herself as a conservative alternative for Trump’s supporters. Trump won Alaska twice in 2016 and 2020. Tshibaka was also questioned by CNN back in April on whether or not she agreed with Trump that he was the actual winner of the 2020 election, Tshibaka said, “We don’t know the outcome of the 2020 election.”

Trump blamed his election loss over his claims of voter fraud, which were widely refuted by the courts and by election officials. Trump’s campaign attempted to challenge his losses in the states that went to Biden, and over 60 of the lawsuits were thrown out even by judges that Trump has appointed to the bench. To this day, the former president continues to push the false election fraud claim.

In other news, according to a book by Wall Street Journal reporter Michael C. Bender, Trump feared that expressing empathy in the killing of George Floyd, a black man, back in May 2020, would come off as a weakness to his base of supporters. Floyd’s death sparked widespread Black Lives Matter protests all over the country and even in other countries, against police brutality and systemic racism.

Bender wrote that Trump and his aides, including National Security Adviser Robert O’Brien, were unable to finish watching the video footage of Floyd getting killed by white police officer Derek Chauvin. Following his call for then-DOJ Attorney General William Barr for a fast-tracked probe into the Floyd case, Trump also recalled hearing of brutal tactics used by law enforcement when he was growing up in New York.