Donald Trump attacks Dr. Fauci over US response to COVID-19 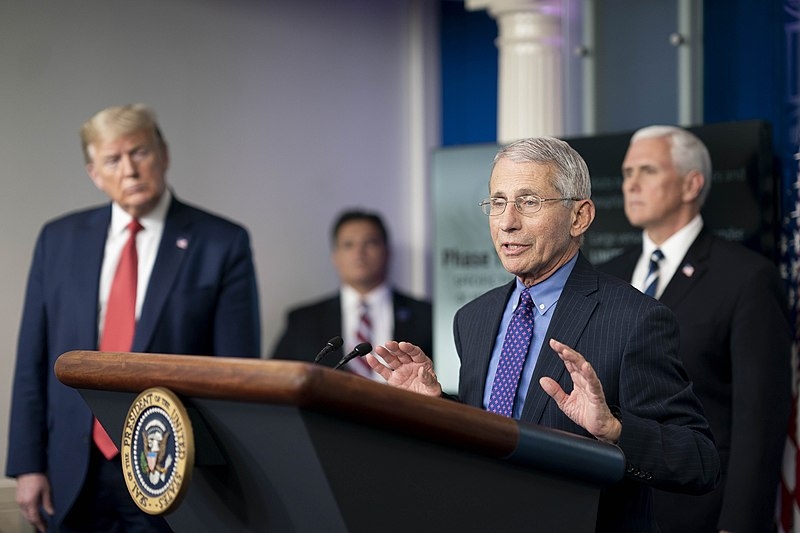 Former President Donald Trump’s handling of the COVID-19 pandemic has been widely criticized and has led to the deaths of over 500,000 Americans in 2020. In his recent appearance in North Carolina, Trump tried to pin the blame for the country’s response to the pandemic on infectious diseases expert Dr. Anthony Fauci.

Speaking at the North Carolina Republican Convention over the weekend, Trump railed against the infectious diseases expert over his handling of the pandemic when it broke out in the US. The former president added that Dr. Fauci was wrong on almost every aspect of the virus and was dismissive of the theory that Trump and Republicans have pushed that the coronavirus was leaked from a lab in Wuhan, where the disease first broke out.

To note, Trump was dismissive of the gravity of COVID-19 and has brushed off the pandemic as a “hoax” and that it would go away regardless of a vaccine. The former president had also suggested injecting bleach to kill the virus as well as the anti-malaria drug called hydroxychloroquine. Trump also ironically accused Dr. Fauci of prioritizing his own image rather than that of the severity of the coronavirus.

Trump also called on the attendees to support to the Republican candidates in the upcoming 2022 elections. The former president also once again repeated his false claim that the 2020 presidential election was stolen from him despite being unsuccessful in his efforts to overturn the results through lawsuits.

The former president is facing a slew of lawsuits, most notably the rape defamation suit filed against him by author E. Jean Carroll. Under then-DOJ AG Bill Barr, the agency defended Trump for saying that he was president by the time the comments were made. However, it appears that even Joe Biden’s DOJ continues to represent Trump in the case, looking for its dismissal.

This follows a ruling made by the lower court saying that the DOJ cannot intervene in Carroll’s lawsuit against Trump. The White House was reached for comment, and Press Secretary Jen Psaki said that they were not informed by the agency’s decision to continue representing the former president.