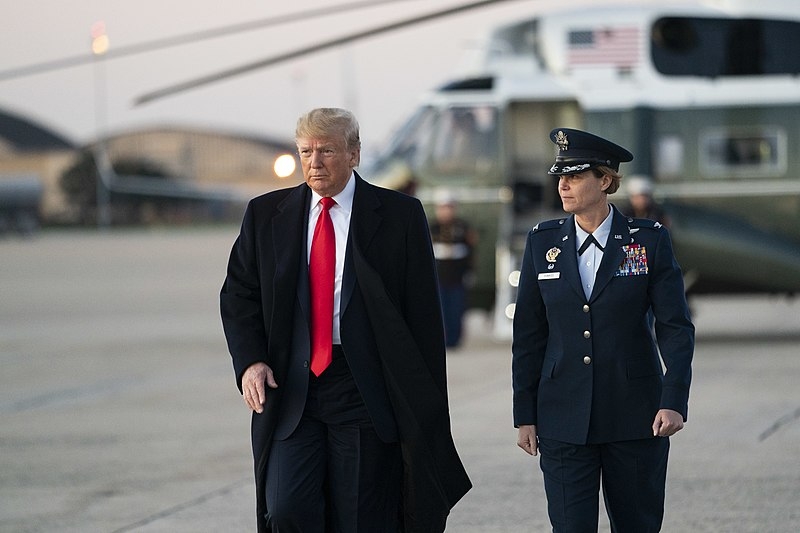 A photo obtained by The Uprising shows the former president meeting with Brain, the CEO of social media platform “Clouthub” at his Mar-a-Lago resort in Palm Beach last April. The Uprising’s Hunter Walker reports that the source who took the photo said that Trump and Brain met at Mar-a-Lago as Brain was looking to get investors to fund his site.

Hours after the rally Trump held in Washington DC, the pro-Trump mob stormed the Capitol in an attempt to derail the certification. Many of the rioters were revealed to also be targeting top Democrats in Congress and then-vice president Mike Pence. The insurrection also resulted in Trump’s second impeachment by the House on a bipartisan vote but was ultimately acquitted by the Senate despite a bipartisan vote due to failing to reach the number of votes needed to convict.

It remains to be seen what the relationship between the former president and his vice president is now especially after Trump’s supporters threatened to hang Pence for his refusal to overturn electoral college votes. Pence recently commented that he and his former colleague may never mutually agree on what happened on January 6.

The former vice president made the comments during a Republican dinner in New Hampshire, which would be his most extensive comment on the insurrection after largely staying silent.

“As I said that day, Jan. 6 was a dark day in the history of the United States Capitol. But thanks to the swift action of the Capitol Police and federal law enforcement, violence was quelled. The Capitol was secured,” said the former vice president. “And that same day, we reconvened in Congress and did our duty under the Constitution and laws of the United States. You know, President Trump and I have spoken many times since we left office. And I don’t know if we’ll ever see eye to eye on that day.”