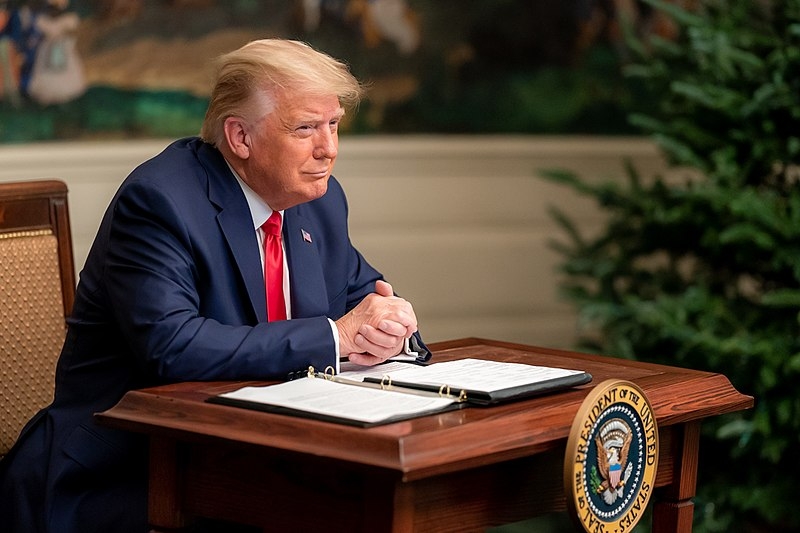 Without a social media platform, Trump has taken to issue a statement accusing South Korea of trying to “rip off” the United States. The former president also compared his relationship with Moon to his supposed friendship with Kim, saying that the North Korean dictator never respected the South Korean president.

“Kim Jong-un of North Korea, whom I have gotten to know (and like) under the most trying of circumstances, never respected the current president of South Korea, Moon Jae-in,” said the former president in the statement. “President Moon was weak as a leader and as a negotiator, except when it came to the continued, long-term military ripoff of the USA...We were treated like fools for decades, however, I got to pay them billions of dollars more for the military protection and services we render.”

Trump tried to position himself as the leader in the peace talks occurring in the Korean peninsula during his term as president. Trump met the North Korean dictator twice to discuss the nuclear arms program of the country. While Pyongyang has steered clear of nuclear missile tests during that time, analysts said that the country was and is continuing its nuclear arms program.

Back in March, South Korea agreed to 13.9 percent more for US military presence in the peninsula in a six-year deal that resolved an issue that occurred under the Trump administration. The dispute has strained the US’ relations with South Korea, especially as Trump accused South Korea of “freeloading.”

In other news, Trump still maintains that he won the November 2020 elections, only having lost because of his repeated claims of fraud, to which officials did not find any. With the Republicans in the state of Arizona, that went to Biden during the elections, undergoing an audit of the votes, local pollster Mike Noble warns that this audit could do more harm than good to the GOP.

Noble noted that half the Republican party believes that there was widespread fraud that occurred that led to Biden winning the state. However, Noble explained that most of the electorate knows that there was no fraud that happened. Noble went on to explain that the more they continue to pursue the idea of the elections having voter fraud, the more they will be “alienating people in the middle.”