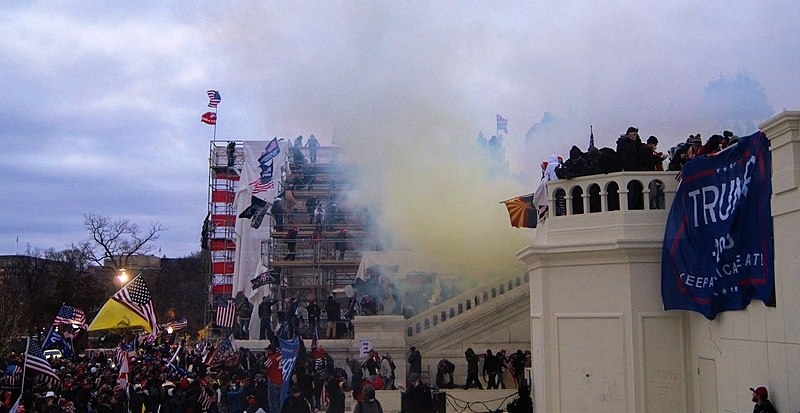 West Virginia Democratic Senator Joe Manchin is becoming more and more known as the lawmaker that is key for the Democratic party to exercise its majority powers. In a recent interview, Manchin reveals his relationship with former President Donald Trump.

In an interview with USA Today, Manchin reflected on his relationship with the former president as well as the events of the Capitol riots last January 6. Despite being a Democrat, Manchin was one of the very few who had a good relationship with Trump, being once nominated to become the Energy Secretary of the Trump administration but would withdraw his nomination. The West Virginia Senator shared that they often contacted each other throughout Trump’s presidency until Manchin would eventually turn on Trump by voting to impeach him twice.

“I heard the Trump rhetoric forever. I got along well with Donald Trump. We had a good rapport. He called me all the time. We talked back and forth,” said Manchin.

However, the Democratic lawmaker added, “He liked conflicts and he liked that turmoil, and that’s fine if you’re in business. But for public service, it doesn’t work. The whole principle of public service is to bring people together to get a consensus. And Donald Trump’s not made that way. So when I started coming to that conclusion, I’m thinking that’s just a lot of rhetoric. I didn’t know there was that type of fever and pent-up hatred in people he allowed them to unleash.”

When it came to the Capitol riots on January 6, Manchin said it changed him politically, adding how close “we came to losing our country.” The West Virginia lawmaker added that when he learned that a pro-Trump mob was breaking into the Capitol, he was ready to fight back.

Aside from Manchin, Utah Republican Senator Mitt Romney also voted to impeach Trump for the second time, leading to backlash from the Utah Republicans. This also led the state’s GOP to make a bid to censure Romney, as was done to other Republicans that voted against Trump during his trials. However, the bid narrowly failed 711-798 in favor of Romney among the delegates.