Donald Trump lashes out at Liz Cheney over polling numbers 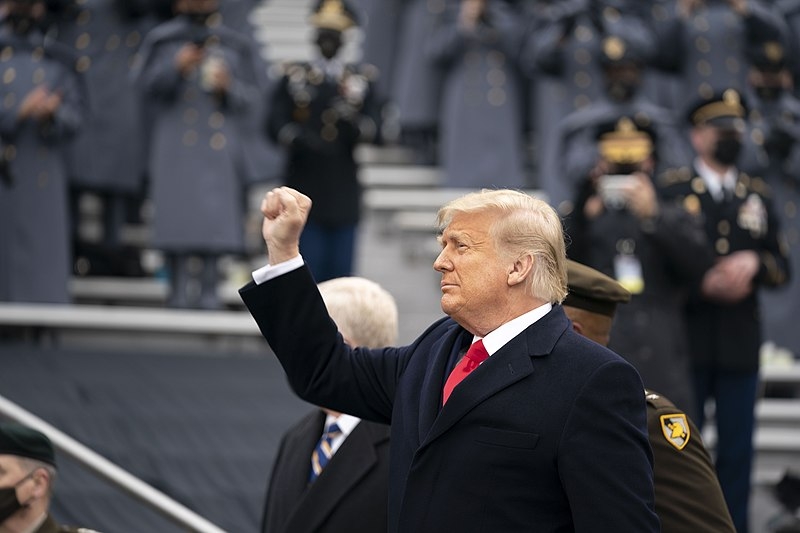 Former President Donald Trump still holds and is seeking to maintain his influence among the members of the Republican Party. This week, Trump once again lashed out at top House Republican Liz Cheney over her polling numbers.

The former president issued a statement through his Save America PAC, blasting the Wyoming Republican for her polling numbers. Trump’s comments follow as the number three Republican in Congress did not rule out making a presidential bid in 2024. Cheney was among the 10 House Republicans who voted to impeach Trump after the January 6 insurrection and has continued to speak out against the former president.

“Liz Cheney is polling sooo low in Wyoming, and has sooo little support, even from the Wyoming Republican Party, that she is looking for a way out of her Congressional race,” said Trump in the statement that strikes a similar tone to his tweets. “She’ll either be yet another lobbyist or maybe embarrass her family by running for President, in order to save face.”

Ms. Cheney has not signaled that she plans on running for reelection in 2022, yet Trump has constantly targeted her after she condemned the former president for his involvement in the insurrection. Trump has also called her a “warmongering fool” in his statement. Despite calls by House Republicans loyal to Trump to censure her, Ms. Cheney still received a vote of confidence from most of the House Republicans, keeping her in her position.

Trump himself has often floated around the idea of running again for President in 2024 but has yet to confirm his second presidential bid. However, due to the ongoing legal battles the former president faces, another presidential bid may seem unlikely.

It is not just Ms. Cheney that has drawn the ire of Trump in recent weeks since leaving office. In his interview with Fox News, the former president targeted Senate Minority Leader Mitch McConnell and called for Senate Republicans to oust McConnell from his position. Trump said that McConnell was not an effective leader for the GOP and should be replaced.

The insurrection last January 6 has led to splintering within the Republican Party as many hope to distance themselves from Trump loyalists. The conflict between the two Republicans may also pose a challenge as they seek to reclaim majorities in both chambers of the House and the Senate in the 2022 elections.