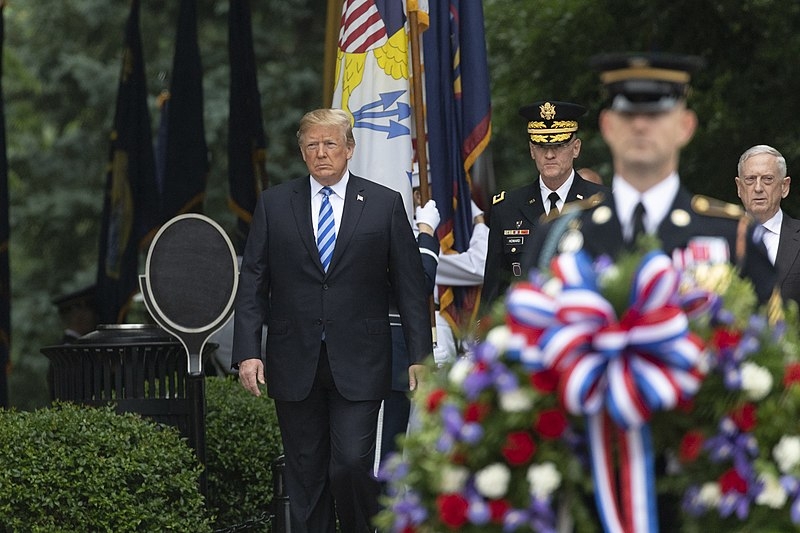 The decision by Joe Biden to withdraw US troops from Afghanistan was met with mixed reactions, especially amongst Republicans. However, as Republicans at the Capitol look to question Biden’s strategy in doing so, former President Donald Trump’s support for the withdrawal contradicts with that of his party.

Trump has contradicted the messaging by Republican Senate leadership regarding Biden’s decision to withdraw US troops from Afghanistan, putting an end to the long-running conflict. The former president’s rare support for Biden in this respect suggests that Republicans could be open to supporting the current Commander-in-Chief or, at the very least, question why US troops would be in Afghanistan any longer than May 1.

The former president, in a statement, said that Biden’s withdrawal of the troops was “a wonderful and positive thing to do” but insisted that the withdrawal be done sooner rather than by 9/11. Trump previously agreed to withdraw all US troops in Afghanistan by May.

“President Trump did a great job drawing down our forces against resistance from the Pentagon, especially in the last year. All our troops would indeed be home by now if he were president. His support for Biden’s move to get us out will bring along many Republicans who have not staked out the opposite position publicly,” said John Ullyot, who was the National Security Council spokesperson during the Trump administration.

The rare support for Biden in this respect appears to give way for other Republicans to break from their leadership. It comes as Trump and Senate Minority Leader Mitch McConnell’s relationship has since soured, with the former president calling to oust McConnell from his position.

Trump also continues to maintain his influence among prominent Republicans in Washington, with several members of Congress and the Senate visiting the former president in his Mar-a-Lago resort. Among the latest visitors that Trump has had this week is Texas Senator Ted Cruz, whom the former president previously targeted and insulted.

Cruz shared a photo on his Twitter, saying that the former president was in a good mood. The Texas lawmaker shared that they discussed how to reclaim the majorities in the House and Senate in 2022.