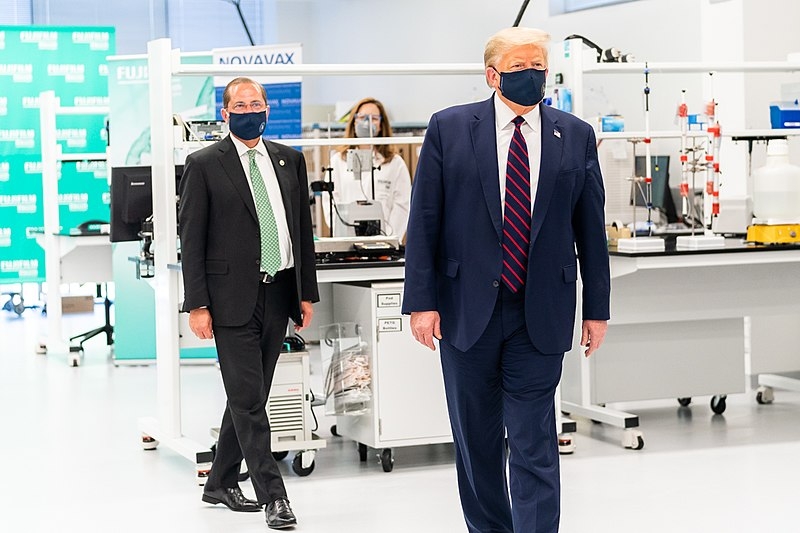 As of now, there has yet to be a definite cure for COVID-19. However, Donald Trump continues to insist that the anti-malaria drug hydroxychloroquine can be used as such.

BBC reports that Trump defended the use of hydroxychloroquine as a drug that can cure people of COVID-19. This is, despite health experts’ advice that the drug is not effective in beating the coronavirus. However, Trump insisted that the reason why hydroxychloroquine was rejected as a possible treatment for the coronavirus was that he was the one who suggested using such drug.

Trump’s remarks follow reports that his eldest son, Donald Trump Jr.’s Twitter account was temporarily limited in functionality. This was because Don Jr. shared a video promoting the use of hydroxychloroquine as a COVID-19 treatment on both Twitter and Facebook. The two social networking platforms since flagged the posts as misinformation - a feature that Twitter is doubling down its efforts on, especially as coronavirus cases continue to soar.

“I can only say that from my standpoint, and based on a lot of reading and a lot of knowledge about it, I think it could have a very positive impact in the early stages. I don’t think you lose anything by doing it, other than politically it doesn’t seem too popular,” said Trump during a meeting with the press at the White House.

Infectious diseases expert Dr. Anthony Fauci has already revealed that hydroxychloroquine was not an effective method to treat coronavirus. Dr. Fauci explained that every controlled study that has been done has shown that hydroxychloroquine is not effective in treating COVID-19. The US Food and Drug Administration has also warned against the use of the drug and even revoked its emergency-use authorization on it.

CNN reports that Trump’s decision to pull out around 12,000 US troops stationed in Germany was met with bipartisan criticism, including criticism from military officials. They have raised the concern that pulling troops out of Germany would only benefit Russia while undermining US national security and military preparedness. The move would also cost billions in taxpayer money as well as undermine the United States’ relations with Germany, Europe, and NATO.