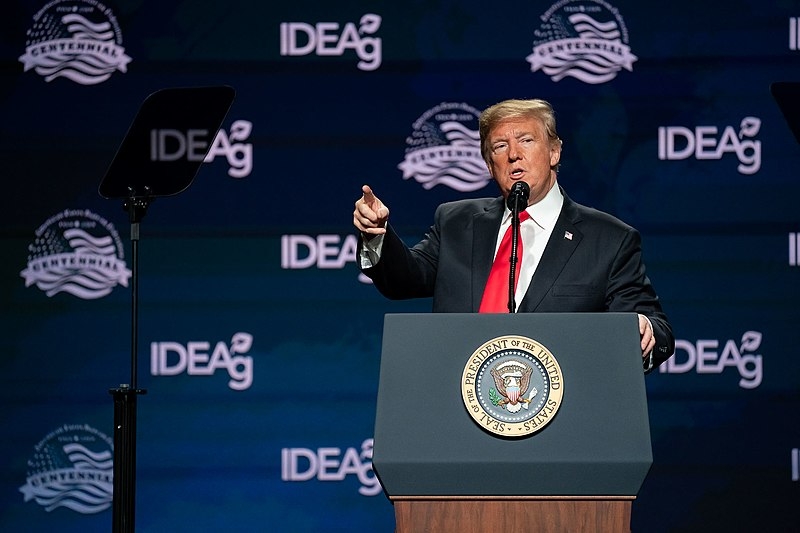 Over the past few years since President Donald Trump was sworn into office and perhaps even before then, his health has been questioned by many. With Hope Hicks returning to the White House, many speculated that her coming back may have something to do with Trump’s health.

Politicalflare reports that Hope Hicks, Trump’s longtime aide since the 2016 elections is back in the White House. She resigned from her post as White House Communications Strategist in 2018 and recently returned but will now be serving as one of Trump’s counselors under his son-in-law Jared Kushner. While that spells good news for Trump, many have speculated that her new position may mean something more than just advising the president. Given that Kushner, serving as a political adviser, tackles politics to policies just like his father-in-law, it would come as no surprise that Hicks may be doing the same thing.

But according to many on social media, Hicks may be “playing babysitter” to Trump given his declining mental condition. Civil right attorney Andrew C. Laufer, a known Trump critic, tweeted that one of his contacts revealed to him that this may actually be why Hicks is back in the White House. Many others echoed Laufer’s speculation, one commenter suggesting that Trump’s supposed dementia is getting worse and someone needs to keep him in check. Another commenter said the same thing, pointing out Trump’s erratic behavior post-Impeachment trial.

However, aside from pointing out Trump’s possible deteriorating mental condition due to his age, one commenter also suggested that it may be because Hicks is a “criminal witness.” Some also said that Hicks is the only one Trump will listen to and have some hope that she would be able to keep his behavior under control.

Meanwhile, Trump’s longtime aide Roger Stone is currently undergoing trial, to which the President is accused of having intervened due to the sudden amendments made in the sentencing by the Department of Justice. Four prosecutors have already stepped down from their posts, leaving attorney general Bill Barr to take over Stone’s case.

However, The Guardian reports that in an interview with ABC, Barr explained that Trump’s tweets regarding the case “make it impossible” for him to do his job. Barr added that the President might want to stop talking about the case on social media, and has addressed that Trump’s comments may “undercut” his authority. “I’m not gonna be bullied or influenced by anybody...whether it’s Congress, a newspaper editorial board, or the President,” said Barr.