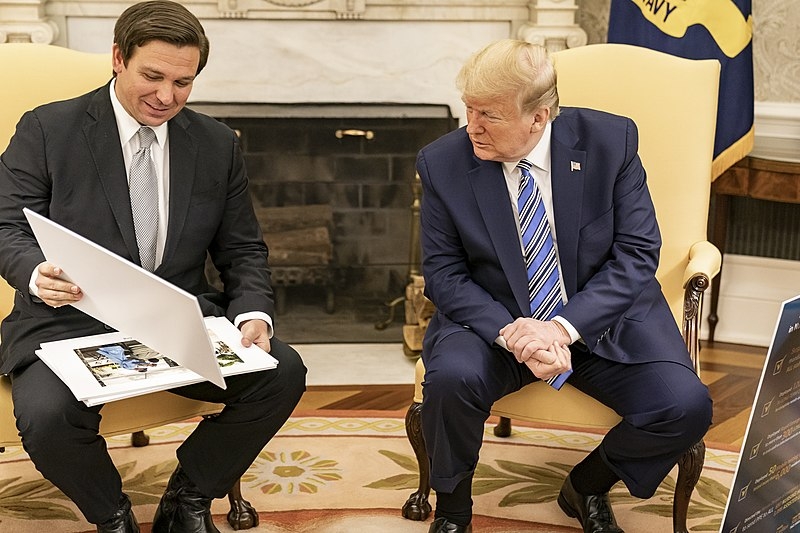 Former President Donald Trump has all but confirmed making another presidential bid in 2024. Should he launch another bid to the presidency by that time, Trump recently hinted that he might choose another running mate, with Florida Governor Ron DeSantis coming to mind.

Speaking on Fox Business Monday, the former president hinted that he may not choose Mike Pence again to become his running mate in 2024. Trump also floated DeSantis as a replacement for Pence in case he does run for office again. The former president added that he was the first to endorse the now-Florida governor, saying that his endorsement was partly how he got elected to the position.

“I would certainly consider Ron,” said the former president. “I was at the beginning of Ron. I was the first one to endorse him when he came out as a congressman that a lot of people didn’t know and my endorsement helped him tremendously and I know him very well. He’s a great guy.”

“We have other great people. I mean, you look at some of the people, the Republican people, that have done a great job with states,” Trump added without a mention of Pence.

Trump’s comments follow speculations that DeSantis may be considering launching a presidential bid of his own. This also follows comments made by the former vice president regarding his relationship with Trump and the Capitol insurrection last Jan. 6 that led to the former president’s impeachment. Pence was criticized for still praising his former colleague despite also being targeted by Trump’s supporters during the insurrection for his refusal to overturn the electoral college results.

Meanwhile, Trump is set to go on a speaking tour to tout his administration’s achievements with former Fox News host Bill O’Reilly later this year. The speaking tour is titled “The History Tour,” focusing on the highlights of the Trump presidency along with another look behind the scenes of his administration. The tour would be taking place in Florida and Texas in December.

The upcoming tour follows Trump’s recent public appearance at the North Carolina Republican Convention, where he repeated his talking points, including the false claim that the 2020 presidential elections was stolen from him.