Donald Trump 2024: Ex-POTUS to run for second term again if in good health 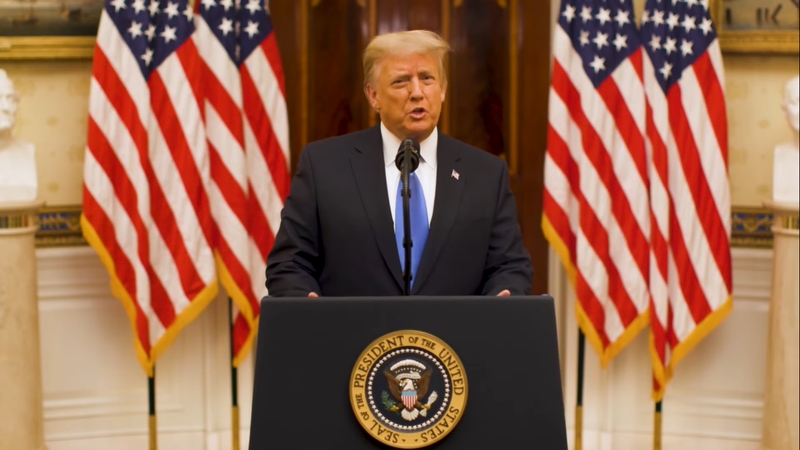 Trump has reportedly told his aides that he is going to seek another term in the 2024 elections. However, Trump has noted that he will only run again in 2024 if he is in good health by that time. These comments follow speculations on the changes in the former president’s appearance since leaving the White House.

Following his departure from Washington in January, Trump is said to have embraced a healthier lifestyle, with dietary restrictions and regular rounds of golf. The former president appeared to have lost 15 pounds since leaving office, the changes coming during his health scare when he had difficulty recovering from COVID-19. Trump tested positive for COVID-19 back in October, along with former first lady Melania Trump.

The latest report also further fuels speculation of whether or not he will seek a second term. Rep. Ronny Jackson had previously hinted that the former president would be returning to the presidential bid. At that time, Trump may either challenge Biden or another Democratic candidate.

While Trump may be looking ahead to making another presidential bid, his chances may be undermined by the number of investigations and lawsuits he is currently facing. According to his longtime associate Roger Stone, a criminal indictment may be coming for the former president.

Stone made the claims on the right-wing outlet InfoWars to host Alex Jones. Stone predicted that a criminal indictment may be inevitable for Trump and maintained that the entire investigation is a “witch hunt.”

“I would be shocked if they did not come forward with a fabricated indictment for bank fraud or tax fraud against the former president by Manhattan District Attorney Cyrus Vance Jr.,” said Stone, who added that the indictment may come around the same time the criticized Arizona 2020 election audit is finished.

“Let’s be very clear. In other words, as you said it earlier, you show the man, and I’ll show you the crime. They’re allowed to root through this man’s business record of 40 years, in which he built a real estate empire second to none, combing for a crime, they have no evidence of a crime, they’ve no probable cause,” added Stone. “It is disgraceful, but I do think it is going to happen.”