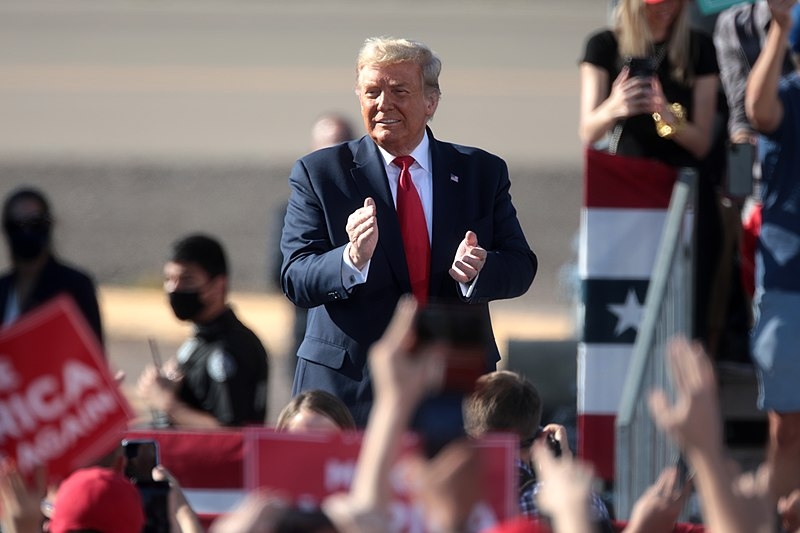 The presidential debates between then-President Donald Trump and then-Democratic candidate Joe Biden in 2020 were met with criticisms mostly from the former president. With many already preparing for the 2024 runs, the Republican National Committee has now threatened to boycott the upcoming debates unless concerns that seem to mostly come from Trump are addressed.

RNC Chairwoman Ronna McDaniel sent a letter to the Commission on Presidential Debates, threatening to have the party’s future nominees boycott the future debates unless their concerns are addressed. The letter calls for changes to be made, and some of the concerns appear to be grievances by the former president. Trump had often criticized the bipartisan body that was established in 1988 to host the debates, including the 2016 debates that he took part in.

McDaniel called on the commission to host one debate before early voting begins. Trump and his campaign called to change the schedule in 2020, citing early voting, but the commission maintained the dates of the debates. The RNC also called for transparent criteria of choosing moderators, disqualifying those who appear to be biased out of personal, professional, or partisan aspects.

However, in the latest cycle of presidential debates last year, the Trump campaign put forth a list of suggested moderators that still appear biased towards the then-president, including Fox News personalities like Maria Bartiromo. McDaniel also claimed that in the third and final presidential debate, there were plexiglass shields placed between the now-former president and Biden, saying that the shields would have caused a distraction for both candidates when filming begun.

McDaniel also criticized the debate commission itself, suggesting term limits to the board of directors and a code of conduct. McDaniel claimed that six of the 10 board members went on record to criticize Trump while serving as members of the board.

This follows previous reports saying that Trump is telling his aides that he expects to be reinstated as president by the summer following the audits in Arizona and Georgia.