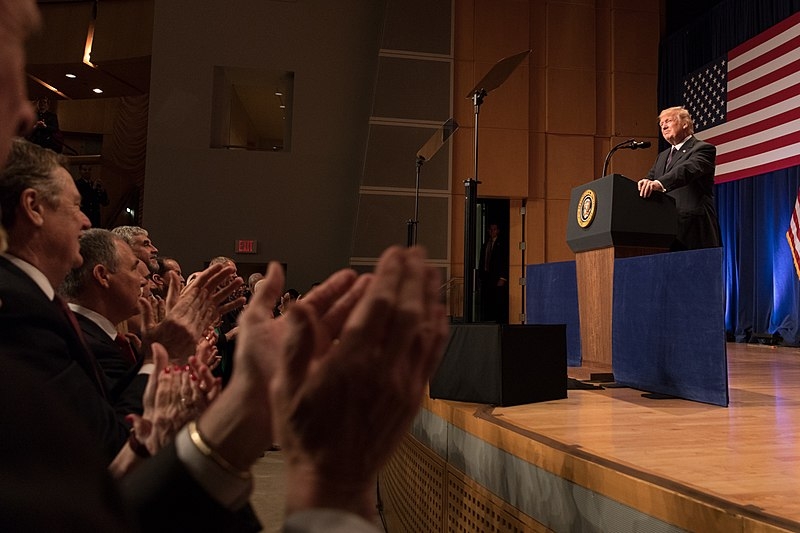 Former President Donald Trump is faced with a slew of lawsuits and investigations since leaving office in January. A new lawsuit was filed in recent days against Trump, this time for referring to COVID-19 as the “China virus.”

Trump is now being sued by the Chinese American Civil Rights Coalition, according to a filing made last week. The suit demands $22.9 million in damages for the former president’s xenophobic rhetoric, especially during the pandemic. Trump has referred to COVID-19 as the “China virus” and “Kung flu,” when the virus first emerged in Wuhan, China, in late 2019.

The lawsuit also comes at a time when the Biden administration is now poised to take steps towards addressing hate crimes against Asian Americans in the country. Many activists believe that Trump’s xenophobic rhetoric has played a big part in the attacks against Asian Americans and Pacific Islanders. One of the worst incidents took place in March when a gunman shot eight people in a spa in Atlanta, six of whom were Asian American.

The suit goes on to claim that Trump continued to use derogatory terms to bolster his personal and political interests. The $22.9 million in damages the lawsuit seeks would pay every $1 to every Asian American, equating the damages to the number of Asian Americans in the country. The news outlet IANS says that the money would be used to establish a museum dedicated to the history of American communities with Asian origins as well as their contribution to the US.

Previously, a new book claims that Trump’s immediate predecessor, Barack Obama, had some harsh words about him, which he uttered in private. The book, “Battle for the Soul: Inside the Democrats’ Campaigns to Defeat Donald Trump,” by The Atlantic writer Edward-Isaac Dovere, revealed that Obama privately blasted Trump despite largely staying silent when Trump was subjecting him to attacks of his own in public.

Excerpts from the book that were obtained by The Guardian revealed that Obama called Trump a “racist, sexist pig,” “that f***ing lunatic,” “a madman,” and “a corrupt mother f***er.” Dovere writes that Obama was especially angered upon learning that Trump was speaking to foreign leaders - including Russian President Vladimir Putin - without any aides present during the call. The conversation also came at a time that an investigation was being conducted on suspected Russian interference.