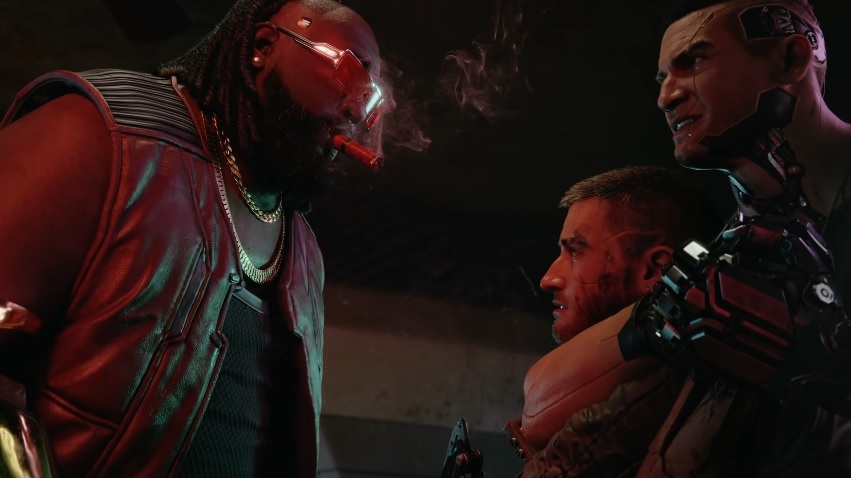 Night City is going to be one chaotic and not-for-the-weak-stomach kind of futuristic world. This much was reiterated by the official audience rating given to “Cyberpunk 2077.”

‘Cyberpunk 2077’ gameplay: What to expect

Since the announcement of “Cyberpunk 2077,” developer CD Projekt Red has been open about how the world is much harsher in Night City in the year 2077. Gunfights and all sorts of futuristic absurdities have also been rampant in the game’s trailers. But a detailed explanation of the Entertainment Software Rating Board’s M rating gives fans more insight on what to expect from the game.

Players should not just expect typical dead bodies in the game. ESRB noted that some locations in “Cyberpunk 2077” features corpses with “open chest cavities” as well as internal organs hanging out of the bodies. Gory stuff applies to the living characters as well. The rating description revealed that players would, at one point, help another character to pierce nails through his hands and feet. Whether this is a crucifixion situation is still unknown, but it is intriguing how V would end up in this scenario.

There will not be a shortage in nudity and sensual material in “Cyberpunk 2077,” as well. As previously reported, the game has motion-captured sex scenes that players will watch in FPP since they are also going to play in this viewing perspective.

One of the most anticipated aspects of “Cyberpunk 2077” is the array of customization options fans have when creating their version of V. The options do not end in choosing V’s gender, skin color, and background story -- gamers can also adjust V’s genital size to their liking. For a game that is speculated to feature a technology that could bring back people that already died, having control over the “various sizes and combinations of genitals” of the characters should not come as a surprise.

Those are the kinds of details that should hype fans even more about the arrival of “Cyberpunk 2077.” Unfortunately, fans are not slated to get their hands on the RPG until after a few more months.

The game was supposed to launch last month, but CD Projekt Red announced a five-month delay earlier this year to complete development and polish the game. “Cyberpunk 2077” is now scheduled for a full release on Sept. 17 on PC, PlayStation 4, Xbox One, Google Stadia, and next-generation consoles.