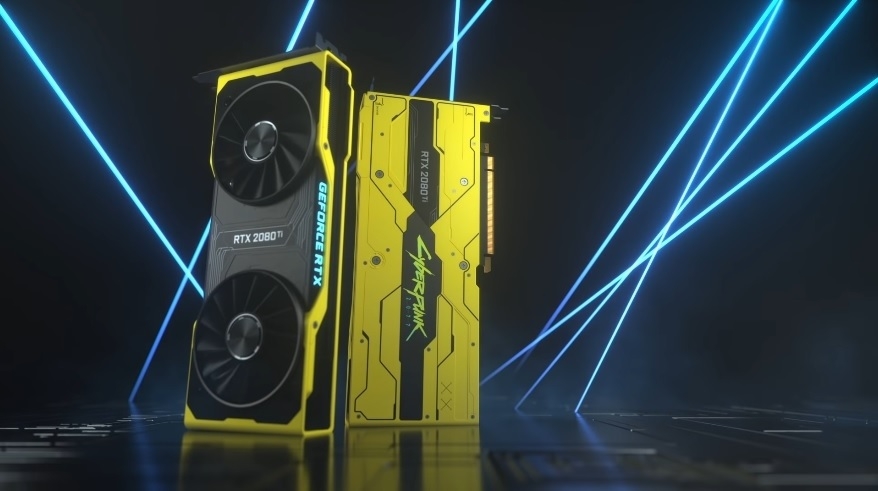 There is so much hype around “Cyberpunk 2077” and it is further intensified by the release of limited-edition collectibles themed after the game. It is then not surprising that a “Cyberpunk 2077”-themed Nvidia graphics card is currently valued at more than $4,500 online.

‘Cyberpunk 2077’ collectibles: 1 of 200 Nvidia cards could sell for thousands of dollars

Fans may recall that Nvidia and CD Projekt Red announced the release of the special GeForce RTX 2080 Ti “Cyberpunk 2077” edition last February. Instead of making the product available for everyone, the companies decided to make it extra exclusive and manufacture just 200 units of the graphics card.

Of the 200 “Cyberpunk 2077”-themed cards, 77 were distributed by Nvidia through an online contest. Other graphics cards were promised to be made available through sweepstakes and auction events for charity.

One of the lucky winners to acquire the “Cyberpunk 2077” edition of GeForce RTX 2080 Ti placed the card for sale online through eBay, as first spotted by PC Gamer. The seller, located in Pullman, Washington, has received the highest bid of $4,550 as of this writing.

Anyone who wants to get it should bid at least $4,600. Bidding is open until Thursday. With having just 200 units made, this card is definitely a “Cyberpunk 2077” collectible. It also goes to show just how much avid fans are willing to pay for CD Projekt Red’s next major project.

Meanwhile, those who do not have that much money to burn on a themed graphics card have other ways to collect “Cyberpunk 2077” merch. A 192-page art book is now available for $99, but it is currently on sale with a 14 percent discount on Amazon. The book will be released on June 16 even though the game has been delayed. Last month, PureArts also launched a lineup of “Cyberpunk 2077” figurines including the male and female versions of V starting at $229.

“Cyberpunk 2077” was first intended to be released this month, but the developers have since moved the timeline to launch the game on Sept. 17 on all platforms. The role-playing game will have players assume the character of V that they can customize as either a male or a female protagonist. Developers have also promised fans that cybernetic enhancements will be a huge part of the game to the extent of affecting the special abilities they could use when completing missions.