How To Choose The Right Online Casino For You In Australia 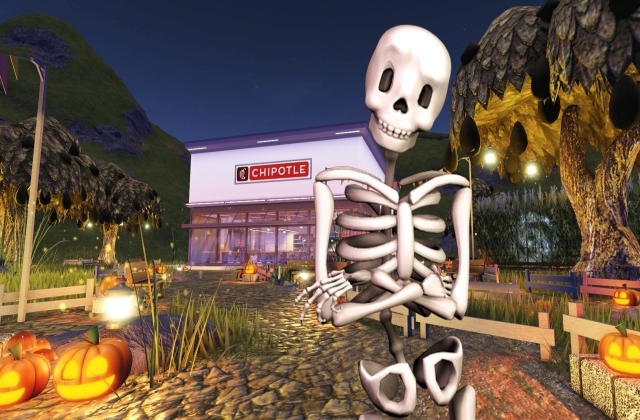 Chipotle is set to open its new restaurant, and it is in a virtual location. The Mexican Grill restaurant announced it had built an outlet on the Roblox gaming platform.

Chipotle's restaurant on Roblox is part of its campaign for Halloween this year and there are lots in store for the customers. For instance, the company is giving away $1 million worth of free burritos.

According to Fox Business, the virtual restaurant will open on Thursday at 6:30 p.m. ET. The Chipotle Boorito Maze experience promotion will also go live at the same time and it will remain active until Halloween.

Customers can participate in the game by creating avatars on Roblox. They can collect branded virtual items for their avatar as they play and complete a maze. To get into the restaurant on Roblox, customers can gain free entrance by using the code given when they order food through Chipotle's website or Chipotle app until Nov. 14.

Every day, the first 30,000 fans who enter Roblox in a Chipotle-inspired costume and drop by the virtual restaurant's cashier will be given a code and they can redeem one free in any real Chipotle outlet across the U.S. it was mentioned that players could dress their avatars up in Chip Bag Ghost, Spicy Devil, Burrito Mummy, Guacenstein costumes and more.

"As a digital innovator, we are always experimenting on new platforms to meet our guests where they are," Chipotle's chief marketing officer, Chris Brandt, said in a press release. "Roblox's popularity has boomed over the past year, and we know our fans will be excited to celebrate the next evolution of Boorito in the metaverse."

Starting October 28, the Chipotle virtual restaurant on Roblox will be open and players can immediately go around the Chipotle Boorito Maze to unlock exclusive virtual items. It should be noted that players must dress in costumes to earn their free burritos which they can claim in any restaurant outlet. Finally, those who failed to get a free burrito code on Roblox can still avail of the deal by purchasing Chipotle entrees on Halloween and these are being offered for $5.