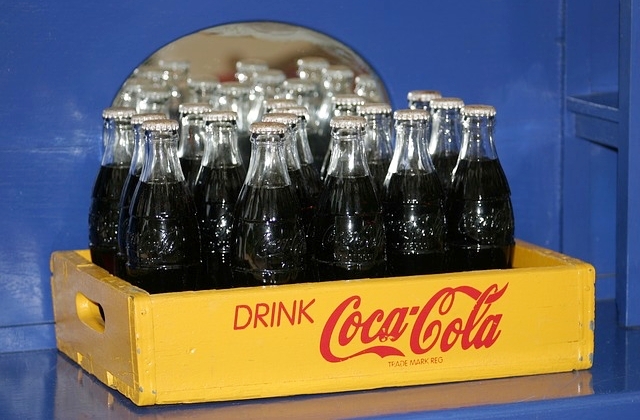 The Coca-Cola Company unveiled its newest plastic bottles, and it is very noticeable that they have no label on them. These are said to be the first label-less Coke bottles in South Korea, and this was done for recycling efficiency.

The beverage company released the new Coke bottles in the country on Monday, Oct. 25. The label-free container will make it easier to recycle, and thus the Coca-Cola Company can do its part to help protect the environment.

According to The Korea Herald, Coca-Cola introduced the contour design on the regular Coke and Coke Zero plastic bottles this week. The company shared the design has a long history that goes all the way back to 1915, at the time when the firm first patented its bottle design featuring the curved silhouette and vertical lines on the surface in the shape that was described to be similar to a cocoa fruit.

In that era, the curved outline of the Coke bottles was used to differentiate it from the other available soft drink brands. Apparently, they had no labels back then since the shape was the only thing they looked at to tell which one is Coke.

Now the label-less design is making a comeback today and the beverage company is releasing the Coca-Cola Contour Label Free drinks that will be sold online in 370 ml. bottles and these are packaged in a set of 24.

Customers can simply check the cap to know which is the original and which one is Coca-Cola Zero. Those with the red lids are the regular Coke while the sugarless colas have black lids.

“The Coca-Cola Company not only removed the label to increase recycling efficiency but also to open the non-label 2.0 era with ‘Coca-Cola Contour Label Free’ that enhanced brand heritage,” the company representative said in a statement.

While this is the first label-less Coke bottle, this is not the first time that the firm has released its products without the labels. The brand had been working on sustainability since the start of this year and it already sold label-free Seagram’s carbonated drinks and bottled water products in South Korea.

Meanwhile, the implementation of the bottles without the labels goes well with the Korean government’s environmental policies that were announced this year. The state listed the label-less bottles in the top 3 of the most effective eco-friendly programs.

The Korea Times reported that the Ministry of Environment affirmed that the containers without labels are effective in protecting the environment in three ways. It saves the people time and hassle of taking the sticky labels off when recycling, it reduces plastic waste, and the manufacturers also pay less for the required fees for recycling their products.