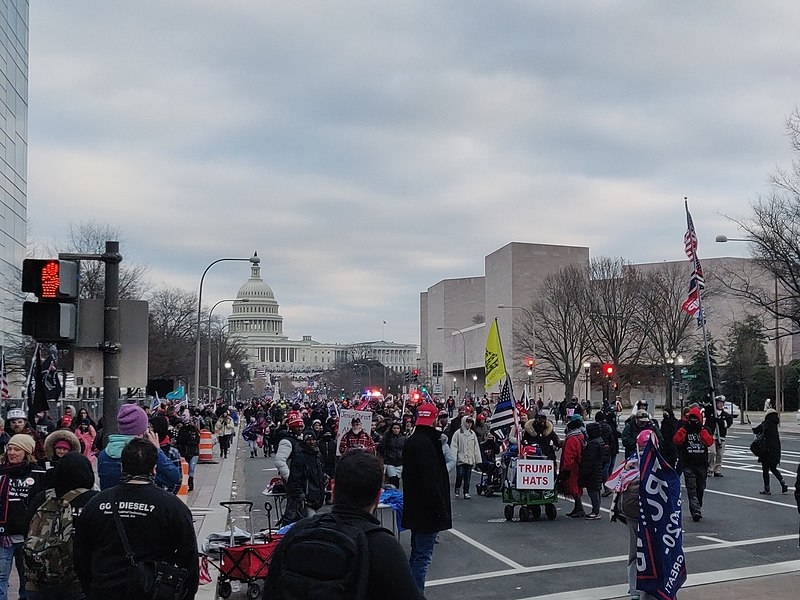 A lot of details are still unknown regarding the January 6 insurrection at the Capitol. A report reveals that federal agencies have warned law enforcement agencies regarding the role that video-sharing app TikTok plays in the organizing of far-right activities.

Politico reports that the DHS Office of Intelligence and Analysis briefed law enforcement agencies all over the country back on April 19. According to documents obtained by the outlet, it showed that far-right extremists were using the popular video platform to recruit new members and sharing “tactical guidance” that includes promoting bringing weapons to DC for the insurrection last January 6.

“The extremism research field itself is pretty slow on TikTok,” said George Washington University Program on Extremism Deputy Director Seamus Hughes. “There’s something to be said about the demographics of researchers -- they tend to skew older. Very few can hear the first five seconds of a TikTok video and know what song that’s referencing.”

Hughes added that the Chinese-based platform is especially efficient in sharing extremist content. Hughes explained that it is “awash” in QAnon videos even as the company announced a ban in 2020. Hughes noted how the platform’s algorithms are very effective in luring people into extremist content -- something the DHS also similarly pointed out.

The brief by the DHS also noted several instances where right-wing extremists promoted violence all throughout 2020 and before the Capitol insurrection. Some TikTok users promoted the false election fraud claims by disgraced former President Donald Trump on the platform and have encouraged those to bring firearms and interfere with the National Guard during riots.

Meanwhile, one of the insurrectionists, Jason Dolan, who is also known for being a member of the militia group Oath Keepers with the nickname “Turmoil,” pleaded guilty to the charges of conspiracy and obstruction of a congressional proceeding. Dolan faces up to five to six years in prison for the said charges.

However, according to NBC4 Washington reporter Scott MacFarlane, Dolan has agreed to cooperate with federal prosecutors and testify before a grand jury. The latter would likely refer to the conspiracy that he was also charged for. Because Dolan has chosen to cooperate, his sentencing date has yet to be determined.