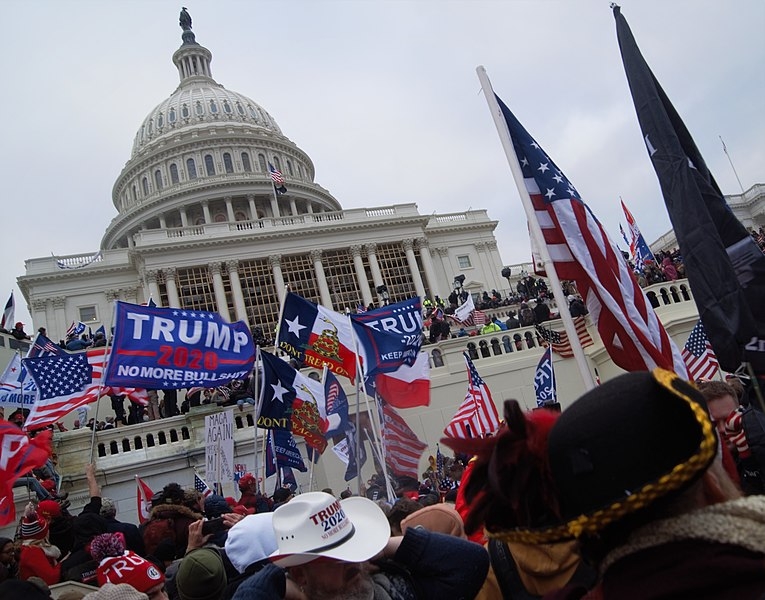 Over the following months since the Capitol insurrection last January 6, many Republicans, notably Republican lawmakers, have been trying to whitewash the events that left five people and dozens injured. One Republican Senator recently warned against these attempts, citing that the event was televised for everyone to see.

Texas GOP Senator John Cornyn recently said that attempts to whitewash the events of January 6 would be unsuccessful. Cornyn’s comments follow months of attempts from his fellow Republicans, including disgraced former President Donald Trump, who claimed that the insurrection was actually a “tourist visit” or that the rioters were “hugging and kissing” the law enforcement officials. The attempts increased when the House Select Committee began its investigation last week.

“I don’t think anybody’s going to be successful erasing what happened,” said Cornyn. “Everybody saw it with their own eyes and the nation saw it on television.”

Weeks leading up to what would be the first hearing of the Select Committee, many Republicans have tried to steer the blame away from members of their party to blame the FBI, Antifa, the Black Lives Matter movement, and Democratic House Speaker Nancy Pelosi. Two House Republicans nominated by House Minority Leader Kevin McCarthy to be on the committee have openly expressed that they were looking to serve in order to blame Pelosi for the insurrection. Pelosi ultimately rejected their nominations.

Efforts to whitewash the Capitol insurrection had already been predicted following the incident in a New York Times piece written by Lisa Lerer and Nicholas Fandos, “Already Distorting Jan. 6, GOP Now Concocts Entire Narrative.” They noted that Republicans have condemned the former president for inciting the mob that attacked the Capitol shortly after the event but would later walk back their statements by the impeachment trials.

Meanwhile, GOP Rep. Adam Kinzinger, one of the members of the select panel, said he would support delivering a subpoena to those who have spoken to the former president within the hours after the Capitol insurrection to testify about their recollection of events. Kinzinger did not rule out serving a subpoena to McCarthy and Ohio Rep. Jim Jordan.

“I would support subpoenas to anybody who can shed light,” said Kinzinger. “If that’s the leader, that’s the leader. If it’s anybody that talked to the president that can provide us that information. I want to know what the president was doing every moment of that day after he said I’m going to walk with you to the Capitol after Mo Brooks stood up and said we’re going to kick backside and take names, today’s the day that patriots take their country back from other people.”