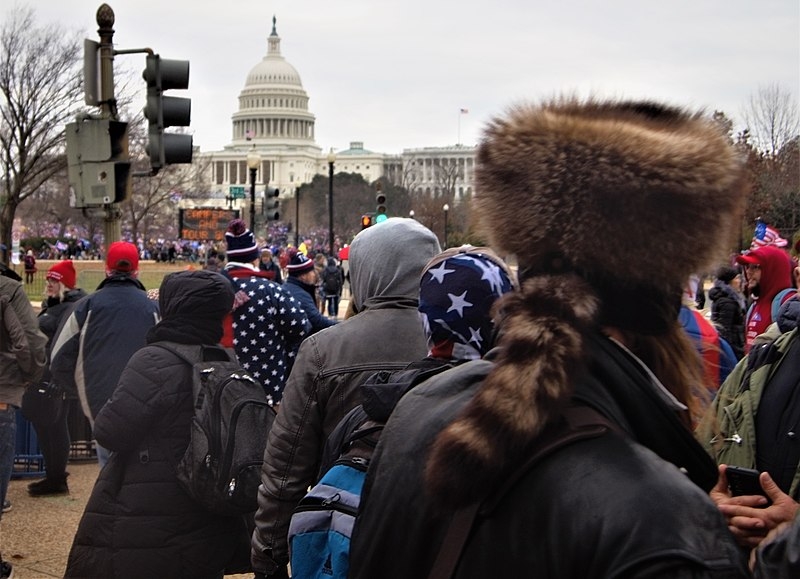 Many experts and analysts have warned that recent events and conspiracy theories pushed by former President Donald Trump would lead to a repeat of the events of January 6. The new head of the Capitol Police, Tom Manger, also expressed the same concerns that the insurrection may happen again.

Speaking with CNN over the weekend, Manger discussed the priorities for maintaining the security of Congress, with most of the conversation noting the Capitol insurrection that left dozens severely injured and five dead. CNN anchor Josh Campbell pressed Manger if he was concerned the country may witness a second insurrection by Trump-supporting Republicans, Manger said yes.

“I would be a fool not to be concerned about that,” said Manger. “Obviously, the safety and security of the US Capitol, the Congress, that legislative process, those are top priorities, and I’m absolutely concerned about all those things.”

Manger was also pressed on whether he was concerned about the conspiracy theory among Trump supporters that the former president is to be reinstated in the White House in August. Manger said yes and explained that they are closely monitoring the claims and conspiracy theories and that they plan to prepare in anticipation for what they are now aware of. The Capitol Police chief also pushed back on the Republicans who have been attempting to downplay the events of the insurrection.

“That’s not the way I saw it,” said Manger. “Everybody is entitled to their opinion. And frankly as chief of this police department now, I’m in a position to do things to ensure that that wouldn’t happen again.”

Among those Republicans is Florida Rep. Matt Gaetz, who is also surrounded by underage trafficking allegations but continues to serve as a member of Congress. Gaetz appeared on far-right network Newsmax, where he aired his concerns that the upcoming investigation by the select committee would lead to criminal referrals against Republicans to the Justice Department. The DOJ is overseeing a wide-ranging investigation into the riots as well.

However, Gaetz’s concerns were mocked by many on social media, with some pointing out that the Florida lawmaker may also have something to hide or may be involved. “Obviously just your fear talking. WTF are all of you afraid of???” said one commenter.

“A better priority would be to remove members who are targets of federal criminal investigations,” said George Conway, the husband of Trump administration official Kellyanne Conway.