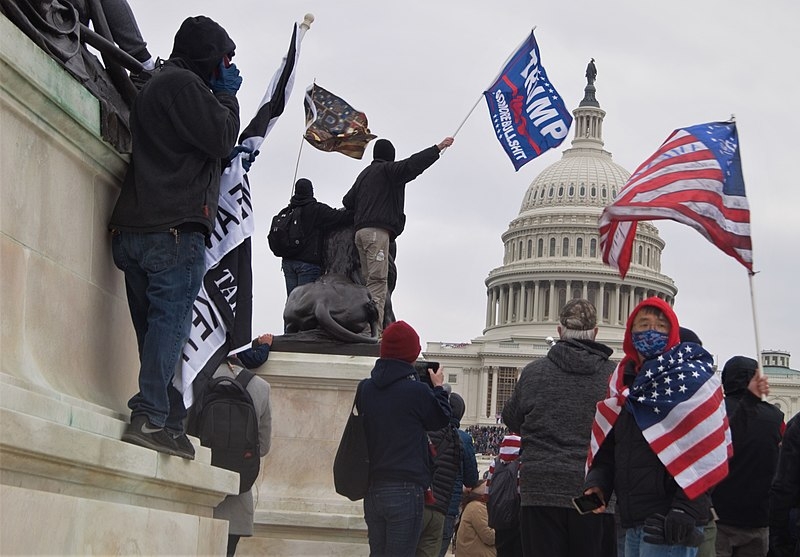 One of the figures that have been caught up in the long-ranging case surrounding the Capitol insurrection is Republican Rep. Mo Brooks, who was seen at the rally of disgraced former President Donald Trump hours before the riots. This week, the Justice Department refused to defend Brooks in a lawsuit stemming from the insurrection.

Reuters reports that in a court filing made Tuesday, the DOJ said that it will not defend Brooks in a lawsuit filed against him by Democratic Rep. Eric Swalwell. The lawsuit filed by Swalwell alleged that Brooks was also involved in the conspiracy to instigate the insurrection that left five people dead and dozens of police officers severely injured.

Brooks demanded that the DOJ represent him in the suit, citing that he would be covered by the Westfall Act, which protects federal employees from being sued or actions they have taken as part of their jobs. However, the DOJ said that Brooks’ appearance at the rally on January 6 was a campaign activity and is not part of his duties as a congressman. The House of Representatives Counsel has also refused to defend Brooks.

The DOJ’s refusal to defend Brooks in the lawsuit suggests that it may do the same for Trump, whose refusal to accept his election loss and constant peddling of the false election fraud claims culminated in the riots. Trump is also one of the defendants in Swalwell’s lawsuit.

“Members of Congress are subject to a host of restrictions that carefully distinguish their official functions on the one hand, and campaign functions on the other,” said the DOJ in the filing. “Inciting or conspiring to foment a violent attack on the United States Congress is not within the scope of employment of a Representative -- or any federal employee -- and thus is not the sort of conduct for which the United States is properly substituted as a defendant under the Westfall Act.”

The House Select Committee tasked with investigating the Capitol insurrection held its first hearing this week with some of the injured police officers. With the committee holding subpoena powers, former federal prosecutor Nick Ackerman said that any politician that worked with the right-wing militias during the attack should be worried.

Ackerman explained on MSNBC that if there are House members that coordinated with right-wing extremist groups Three Percenters, the Proud Boys, or the Oath Keepers, they would be exposed and prosecuted.