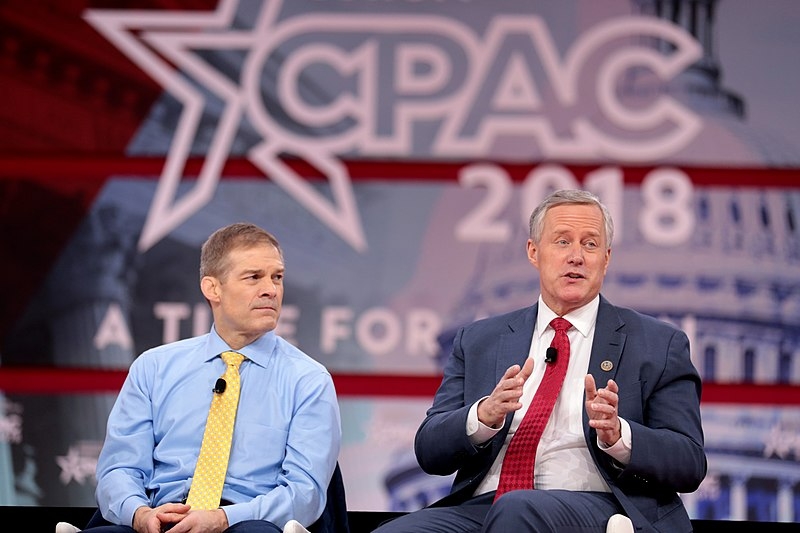 More details regarding the involvement of some individuals in Donald Trump’s inner circle surrounding the Capitol insurrection have come to light. A new piece in Rolling Stone revealed that Trump’s chief of staff Mark Meadows was a regular presence in the organizing of the January 6 rally.

Rolling Stone cited two sources who revealed that Meadows was a constant presence in the conversations regarding the January 6 Stop the Steal rally for the former president as he and his supporters looked to protest Congress’ certification of Joe Biden’s victory. The sources went on to say that Meadows received concerns regarding Ali Alexander’s protest at the Capitol and how it had the potential to get violent.

“Meadows was 100 percent made aware of what was going on,” one of the organizers told the outlet. “He’s also like a regular figure in these really tiny groups of national organizers.”

Meadows, who was Trump’s chief of staff until the end of his term, is among the individuals who have been subpoenaed by the House Committee investigating the insurrection. Along with Meadows, Steve Bannon, Kash Patel, and Dan Scavino have also been subpoenaed by the committee regarding their activities on that day.

The sources also revealed that certain members of Congress and their staff told them to hold rallies in certain states to target Republican Senators and pressure “anyone” they thought could be persuaded to go along with the former president’s false claims of election fraud.

The report by Rolling Stone sent a new wave of outrage amongst the public, especially as the names of the Republican members of Congress involved in conversations regarding the January 6 rally were revealed. Democratic lawmakers were among the most furious of all upon learning of which of their Republican colleagues were involved. Legal experts have since called for the expulsion of those members of Congress involved while others have said to allow the Justice Department to do what needs to be done.

“No one should be above the law,” said Rep. Ted Lieu, regarding the report. “Including Members of Congress and former White House staff. And if pardons were indeed discussed in advance, why would that be? Because folks knew crimes were about to be committed.”