‘Battlefield 6’ reveal trailer may be different from leaked video; alpha testing speculated to start in July 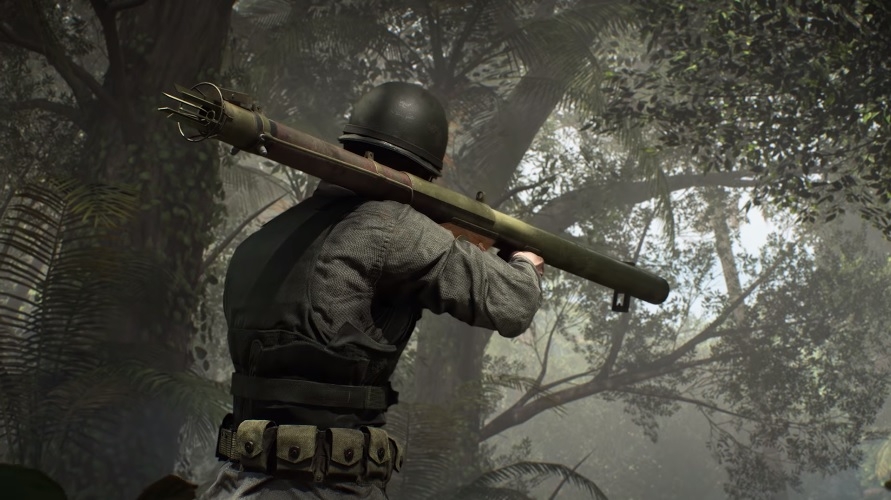 From the Battlefield V - Into the Jungle trailer | Photo credit: DICE via Battlefield / YouTube screenshot

The supposed reveal trailer of “Battlefield 6” has appeared in several leaks over the last few weeks. A new report, however, suggests that the images and videos in the rumor mill may not be exactly the video EA and DICE will present.

‘Battlefield 6’ trailer: When will EA officially reveal the game

A set of more than 60 screenshots appeared in the wild recently, which was claimed to contain scenes from the much-awaited “Battlefield 6” reveal trailer. These images later appeared in video form, and it has been making the rounds online since. Before checking the supposed trailer available on Reddit, please note that it comes with a photosensitive epilepsy warning as there is flickering for the entire minute and a half video.

While the leaks appear to showcase legitimate content from the developer of “Battlefield 6,” Eurogamer reports the video is not exactly the reveal trailer planned to be released by EA and DICE. The report says the leaked content was only meant for the publisher’s internal use and was not planned to be presented to the public.

With that, fans should not immediately jump to conclusions about the game’s quality and gameplay based on the latest leaks they have seen. EA has already announced the return of the EA Play Live event on July 22, where the “Battlefield 6” is likely to be unveiled.

While there are still many questions surrounding the “Battlefield 6” reveal trailer, EA and DICE have been clear about the game’s release window. It is slated to launch later this year, sometime within the holiday season.

It is also possible that avid fans will be able to access the game before its official release date through open beta, which EA has done for several “Battlefield” installments before. Meanwhile, well-known leaker Tom Henderson also suggests the possibility for the start of an alpha test to be announced after “Battlefield 6” is revealed in July.

‘Battlefield 6’ gameplay: What to expect

Henderson has been the source of most leaked information about “Battlefield 6,” and he recently rounded up the gameplay features to expect from the game. The next “Battlefield” installment will reportedly feature a near-future setting with events presented as the “next World War.”

The “Battlefield 6” superpowers would be the United States and Russia that will hire players as an elite force to fight for them. The tipster also reiterated that a game mode with up to 128 players is underway.