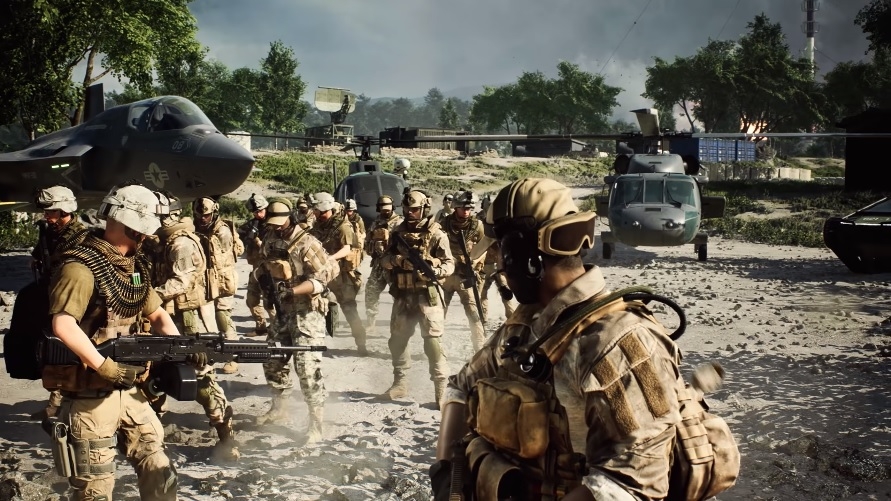 The excitement for the release of “Battlefield 2042” is slowly turning into frustration as fans remain clueless when the game’s open beta will begin. Now, EA has addressed players’ concerns.

The technical playtest for “Battlefield 2042” concluded recently, but EA promised an open beta before the game’s release date. However, after weeks of having no updates from the developers, fans are starting to worry if the lack of information about the open beta hints at a potential delay in the game’s launch.

EA finally responded to questions about the “Battlefield 2042” open beta, and fans might not like what the company has said. The official EA Help page on Twitter told a fan, “Unfortunately, no date has been set just yet but we will be sure to update you as soon as possible.” The support team member who responded also suggested fans should wait for the open beta updates on the game’s official social media page.

“Battlefield 2042” is slated to launch on Oct. 22 on PC, PS4, PS5, Xbox One, and Xbox Series X/S. That means the open beta should happen sometime in September.

Before EA’s small update on social media, well-known leaker Tom Henderson said that an announcement related to the “Battlefield 2042” open beta should happen between Aug. 31 and Sept. 2. However, he later updated his report saying that timeline “is increasingly looking” inaccurate.

This time frame is increasingly looking like it's not true.

I've trusted this person for the past several years and she's always been upfront with everything.

I'll keep it up for transparency though, but the consensus is no one knows what's going on. Big sad. pic.twitter.com/IlElfIffVq

Henderson also shared a screenshot of his exchange with a long-time source, who said in an email “there have been some internal delays.” It could be the reason EA is unable to provide information about the open beta. But the same source said, “It’s believed that it’s not having an effect on the release schedule.”

How to join ‘Battlefield 2042’ open beta

An open beta is designed to have a larger number of players to test an upcoming game, so it is typically not an invite-only event. But in recent years it has been offered as an incentive to pre-order a game, and it is somewhat the case for “Battlefield 2042.”

Anyone who will pre-order it on PC, PlayStation, and Xbox will get guaranteed access to the early access portion of the open beta. This likely means the “Battlefield 2042” open beta will have two phases, and the second one could be a free-for-all segment of the testing period.