‘Battlefield 2042’ gameplay: Here are all the maps, weapons, and vehicles confirmed for Battlefield Portal 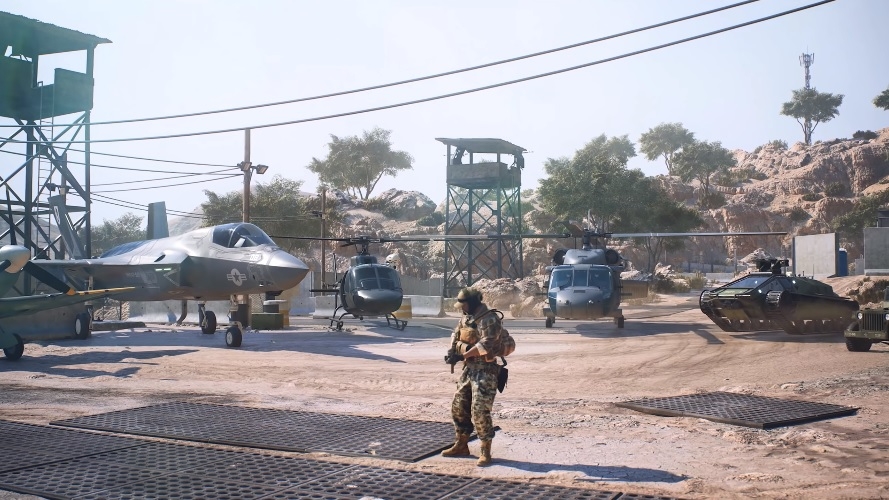 The third game mode in “Battlefield 2042” has been unveiled, and it will be officially called the Battlefield Portal. Its name fits well with the experience it will offer as it will serve as a platform where old and new fans can revisit maps, weapons, vehicles, and other gears from previous titles.

First, it is worth noting that all “Battlefield” games have featured era-appropriate elements depending on the time in history that they recreated. With “Battlefield 2042” set in a near-future war, the game primarily offers several futuristic maps, vehicles, and weapons, as seen in the trailers. But if players later want to change the way they play the upcoming game, Battlefield Portal should be the game mode for that.

Battlefield Portal’s announcement at EA Play Live on Thursday confirmed previous rumors that it will allow players to revisit maps featured in earlier games. Ripple Effect, formerly known as DICE LA, confirmed that the “Battlefield” game mode would feature six maps at launch. The list includes Battle of the Bulge and El Alamein from “Battlefield 1942,” Arica Harbor and Valparaiso from “Battlefield: Bad Company 2,” Caspian Border, and Noshahr Canals from “Battlefield 3.”

In addition to the “Battlefield 2042” arsenal, Battlefield Portal will also feature more than 40 weapons and more than 40 vehicles from “3 Theaters of War.” Some of the highlights include the M1 Garand, Panzerschreck, G3, and M416. For the lineup of vehicles, fans can count on the return of The Spitfire and B17 Bomber, Quad Bike, and Little Bird.

Battlefield Portal is essentially a mash-up of fan-favorite features from older games and gameplay elements that will debut in “Battlefield 2042.” While the sandbox platform will also feature the new Specialists system, it will also allow players to use the classic Factions system. It means they can have the new Specialists fight with seven armies.

The newly announced “Battlefield 2042” game mode is hardly a time to be lax, though. No matter how trivial the custom games are, like the knives-only and defibrillators-only match seen in the trailer, Ripple Effect confirmed that players would gain experience points when they fight in Battlefield Portal.

“Battlefield 2042” will be released on Oct. 22, and Battlefield Portal will launch with it on PC, PS4, PS5, Xbox One, and Xbox Series X/S. However, the 64-player cap on last-gen consoles will be likely enforced as well.