The US presidential primaries are arcane, complex and unrepresentative. So why do Americans still vote this way?

What's the difference between lies and post-truth in politics? A philosopher explains

Don't be fooled – most independents are partisans too

Melania Trump shock: What the Chinese Year of the Rat will bring FLOTUS

Events in Lesotho point to poor prospects for political stability 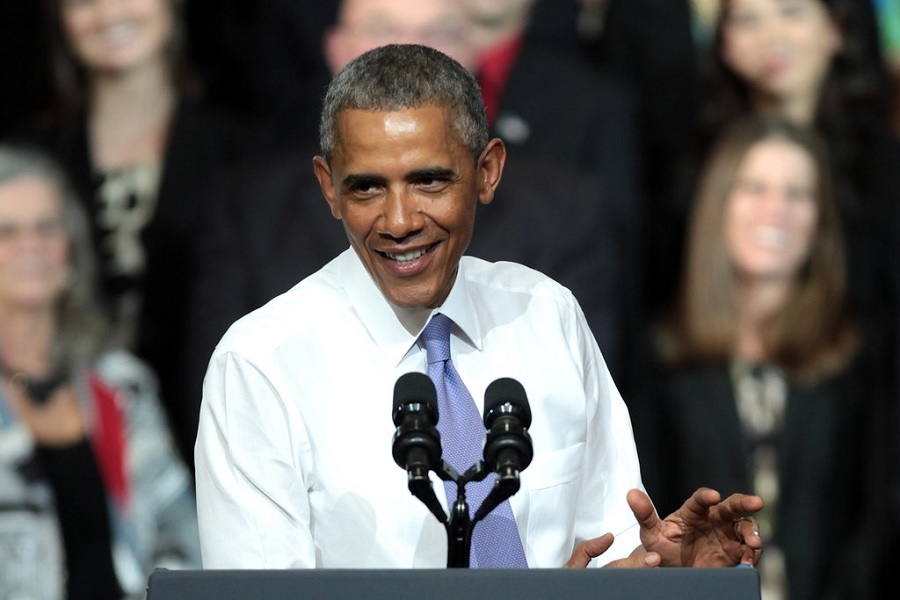 Then-President of the United States, Barack Obama, in Phoenix, Arizona on January 8, 2015. | Photo by Gage Skidmore (licensed under Creative Commons [https://creativecommons.org/licenses/by-sa/2.0/]) via Flickr.com

It has been more than a year since the official portraits of Barack Obama and Michelle Obama were unveiled. However, a piece of interesting behind-the-scenes information was revealed on Monday by Kehinde Wiley, the artist who crafted the painting of the President.

Wiley told music artist Swizz Beatz on Monday that the couple actually had disagreeing opinions about his first draft of Obama’s likeness. However, there, Michelle had a good reason.

Wiley said Obama was the one who told him about it over a phone call saying (via NBC News), “The first version that you made, I love it, but Michelle doesn’t.”

Fans of the Obamas may find this revelation a little bit interesting considering how the former first couple appears to always be in sync. But just like anyone else, even so-called power couples do disagree sometimes. Michelle reportedly did not like the first version of the portrait, now displayed at the National Portrait Gallery in Washington, D.C., because she deemed it was not showing Wiley’s artistic mark enough.

When the paintings were unveiled in February 2018, Obama had nothing but praises for Wiley, so was Michelle for Amy Sherald, who crafted her official portrait. “What I was always struck by when I saw his portraits was the degree to which they challenged our ideas of power and privilege,” Obama said at the time.

Meanwhile, now, Michelle appears just as satisfied with her husband’s portrait. The author of “Becoming” even took the time to visit it while she attended an event at the National Portrait Gallery last month.

Obama 2020: Is Michelle going to run for office?

Over the past months, the Obamas have been the subject of a divorce rumor after a tabloid repeatedly claimed they are calling it quits with a large sum of money involved. That report was easily debunked, but then speculation surfaced anew that Michelle could surprise America with a Presidential campaign announcement next year.

Fox News Tucker Carlson suggested that one of the reasons why Obama did not endorse Joe Biden’s campaign is because Michelle would be joining the election. It should be noted, though, that the former first lady has repeatedly said she prefers to stay out of politics.