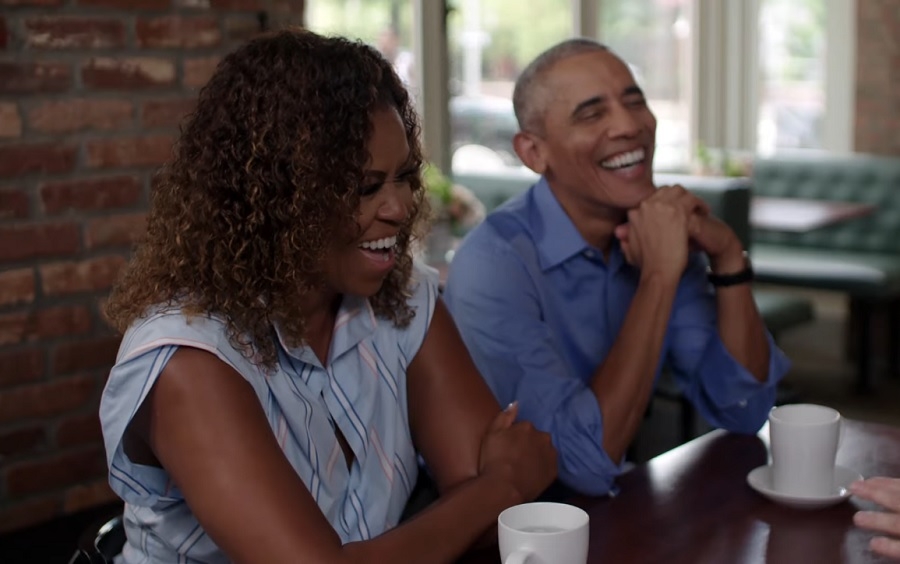 Barack Obama and Michelle Obama had started getting celebrity status back to when he was campaigning to become the 44th President of the United States. It is then not surprising that they are still getting the same attention as Hollywood stars do more than two years since they left the White House.

In the previous months, Barack and Michelle’s names have been recurring on tabloid stories. So-called anonymous sources have been claiming that the couple is going through a very rough patch that could be leading to a divorce.

Barack Obama, Michelle Obama divorce rumors: Is any of it true?

It should be noted, though, that the frequency of the publication of divorce rumors does not make them accurate. In the Obamas’ case, the gossip reports have been insisting that they could be wanting to leave their marriage. At the center of these reports is the fact that Barack has been spotted several times, not wearing his wedding ring.

Gossip Cop recalls that, shortly after the Obamas left the White House, a story came out claiming that Barack has wanted to have fun and party without Michelle. Just last month, another tabloid claimed that Michelle and Barack are going through a “$150 million divorce showdown.” The more recently published story is painting a picture that the Obamas are going through a nasty separation with Michelle allegedly enraged over Barack’s refusal to pay her alimony.

Glad to be back in Chicago for the @ObamaFoundation Summit. It’s where I first learned to organize—and where I met @MichelleObama. We all have places that define us, and at the Summit, we’ll be exploring the meaning behind them—tune in tomorrow at https://t.co/swMRHuB5Y4. https://t.co/oymfsDZVnm

However, these gossip reports are very far from what Michelle and Barack have been showing the public. In late October, as the divorce rumors escalate, the couple was in Chicago together to attend this year’s Obama Foundation Summit.

27 years ago, this guy promised me a life full of adventure. I’d say he’s delivered. Here’s to our next chapter of becoming empty nesters and discovering what’s next—while still feeling the magic that brought us together all those years ago. Happy anniversary, Barack. pic.twitter.com/ZKhvQGEo0B

The duo has also shared sweet messages for one another to celebrate their 27th wedding anniversary last month. It can also be recalled that Barack confirmed in 2016 he is taking off his wedding ring during public appearances to avoid losing it while shaking hands with many people.

The best proof that these divorce rumors are far from the truth may have come from Michelle herself. In 2017, the former First Lady shared how leaving the White House has also helped her and Barack to “find each other again.”

“We have dinners alone and chunks of time where it’s just us — what we were when we started this thing: no kids, no publicity, no nothing,” Michelle told PEOPLE. “Just us and our dreams.”