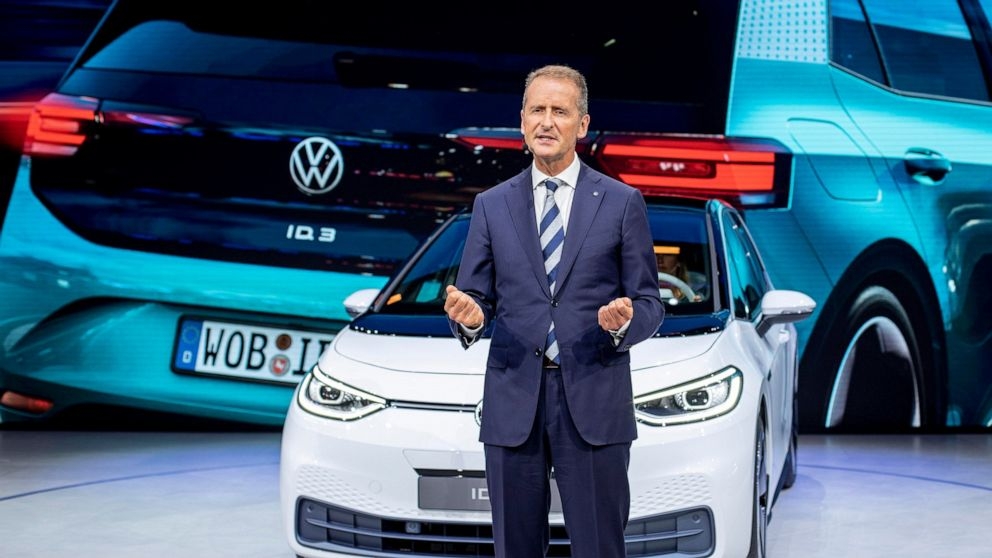 Volkswagen is facing a fine of over $121 million for narrowly missing EU targets on carbon dioxide (CO2) emissions from its 2020 passenger car fleet.

CEO Herbert Diess blamed the COVID-19 pandemic for its failure to meet the target, adding that with that they're poised to do so this year with the release of electric models.

While the carmaker was able to cut average CO2 emissions in its EU fleet by around 20 percent to 99.8 g/km, it surpassed the limit by around 0.5 g/km.

European policymakers are forcing carmakers to accelerate low-emission technology development by imposing a penalty of 95 euros per gram of excess CO2 they emit.

Volkswagen is retooling more factories to build electric vehicles in an effort to keep up with electric carmaker Tesla.

Due to the EU’s more stringent emissions targets, the carmakers said it would be forced to increase the proportion of hybrid and electric vehicles it sells in Europe from the previous 40 percent target to 60 percent by 2030.