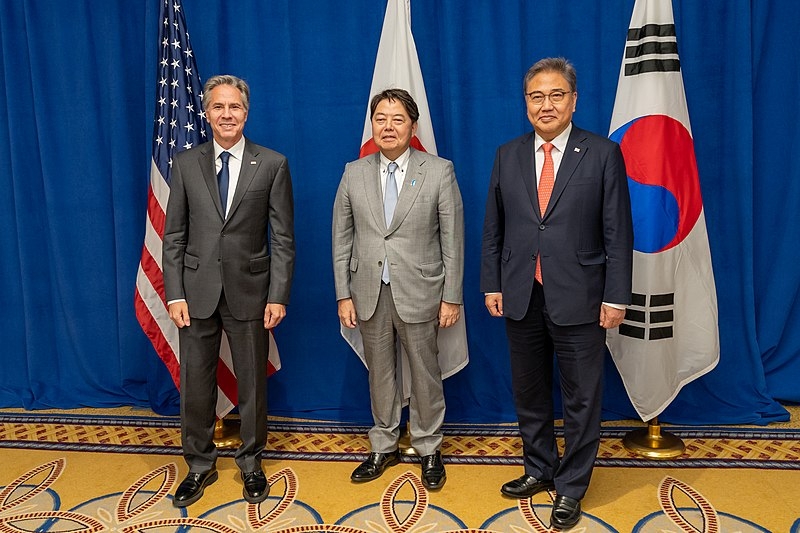 US Secretary of State Antony Blinken and his counterparts from South Korea and Japan have condemned the recent missile launch by North Korea over Japan. The foreign ministers also criticized Pyongyang’s disregard for the UN Security Council resolutions.

All three ministers strongly condemned the ballistic missile launch, including North Korea’s disregard for United Nations Security Council resolutions that would have destabilizing implications in the region.

In response to North Korea’s ballistic missile launch, US and Japanese fighter jets conducted joint drills over the Sea of Japan. The Hawaii-based US Indo-Pacific Command issued a statement on the drills, reiterating Washington’s commitment to South Korea and Japan.

The joint drills were carried out by the US Marine Corps with Japan’s Self-Defense Force fighter jets.

Aside from joint drills, the US and South Korea conducted missile drills Wednesday, according to the South Korean Joint Chiefs of Staff. The South Korean military also confirmed that a Hyunmoo-2 missile failed shortly after launch and crashed during the drill but did not result in any casualties.

Washington and its allies have ramped up their shows of force as the White House Security Council deemed the ballistic missile launch by Pyongyang as “reckless.”

The US has sought to convene the UN Security Council to discuss North Korea. However, diplomats said that China and Russia are opposed to a public discussion by the 15-member panel.

“We must limit the DPRK’s ability to advance its unlawful ballistic missile and weapons of mass destruction programs,” tweeted US envoy to the UN Linda Thomas-Greenfield after calling for a Public Security Meeting, referring to North Korea by the initials of its official name, the Democratic People’s Republic of Korea.

The UK, France, Albania, Norway, and Ireland joined the US in making the request.