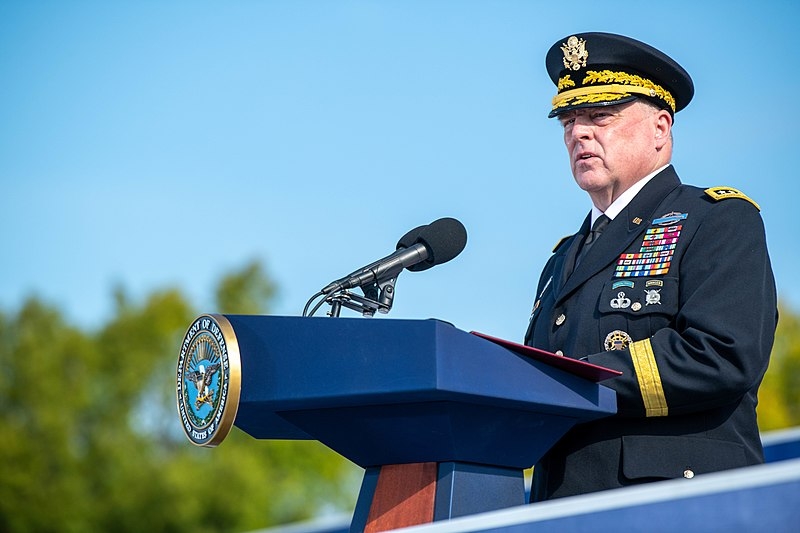 With recent reports on increasing military activity from China in the region, fears have been raised of a conflict between China and Taiwan and its allies. A top US general recently warned that Beijing is indeed trying to prepare for a possible invasion of the island.

Speaking at the Aspen Security Forum, Gen. Mark Milley, the Chairman of the Joint Chiefs of Staff, was pressed on whether he thinks there would be a conflict involving China over Taiwan. China claims Taiwan as a breakaway province and has been engaging in a pressure campaign to get the island nation and its democratic government to submit to Beijing. Taiwan has resisted and continues to maintain its independence.

“I don’t think it is likely in the near future, being defined as six, 12, maybe 24 months, that kind of window,” said the top general.

“Having said that, the Chinese are clearly and unambiguously building the capability to provide those options to the national leadership if they choose to at some point in the future,” added Gen. Milley.

Despite the warning of a possible invasion, the top US general said the chances of a possible military conflict or invasion would not be happening in the near future. China has not ruled out the possibility of carrying out an invasion to take control of Taiwan through military means. Chinese President Xi Jinping reiterated the goal to reunify Taiwan with the mainland during the 100th birthday celebration of the Chinese Communist Party.

Taiwan has continued to assert its independence by interacting with world organizations, angering China. Recently, Beijing has criticized the European Union for its interaction with Taiwanese officials. This came as the European Parliament’s first official delegation to the island nation sent a message to show solidarity while calling for stronger actions to strengthen ties between Taiwan and the EU.

Taiwan is also looking to deepen its relations with the European Union.

Chinese foreign ministry spokesperson Wang Wenbin immediately pushed back against the message. Wang warned the EU against sending signals to further empower “separatist forces” in the island nation. Wang also demanded that the EU retract its statements in his criticism.