South China Sea: US warns China against taking unilateral changes to the status quo on Taiwan 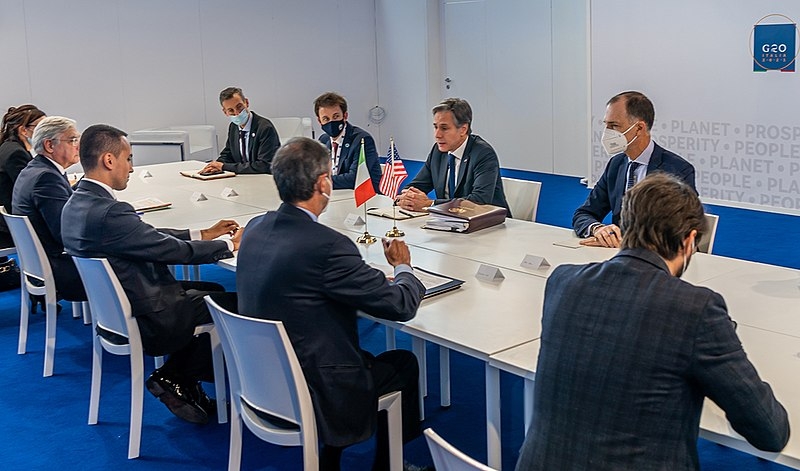 US Embassy in Italy / Wikimedia Commons

The situation with Taiwan, China, and the US has led to fears of an open conflict, especially as China continues to act aggressively in the region. The US recently issued another warning to China against taking any unilateral action on the island nation that may affect its current situation.

Over the weekend, US Secretary of State Antony Blinken spoke with his Chinese counterpart Wang Yi at the G20 summit in Rome. A state department official revealed that Blinken made it clear that Washington opposes unilateral actions that Beijing may take towards Taiwan that would affect the status quo. This comes as tensions have increased in the South China Sea, with China increasingly asserting its authority in the region.

China claims Taiwan to be part of the mainland and has sought to reunify with the island. However, Taiwan and its democratic government have since resisted the pressure campaign by Beijing despite the constant incursions into its airspace. Taiwan has also described the increased Chinese military exercises around the area as part of Beijing’s pressure campaign on Taipei to accept Chinese sovereignty.

The state department official said that both sides had acknowledged the importance of having communication lines open. They also revealed that the US wants to responsibly manage the competition between the two countries’ economies.

A member of the Taiwanese parliament has also warned that China is a miscalculation away from sparking open conflict in the region that could affect the rest of the world. Wang Ting-yu, who is part of Taiwan’s Foreign Affairs and National Defense Committee, pledged that Taiwan is prepared to defend itself from China in case Chinese President Xi Jinping orders an invasion of the island nation.

Wang explained that China’s moves need to be monitored. However, the Taiwanese MP noted that the real danger lies in China’s miscalculation of the entire situation out of possible competence. Wang explained that this would have widespread repercussions, affecting not only the South China Sea region but also the East China Sea, where China is at odds with Japan.

“So the real danger in this region is if China they miscalculate, they miscalculate the situation,” explained Wang. “They are too confident, then they dare to make mistakes, then that kind of conflict will become a disaster to this whole region and to the world also.”