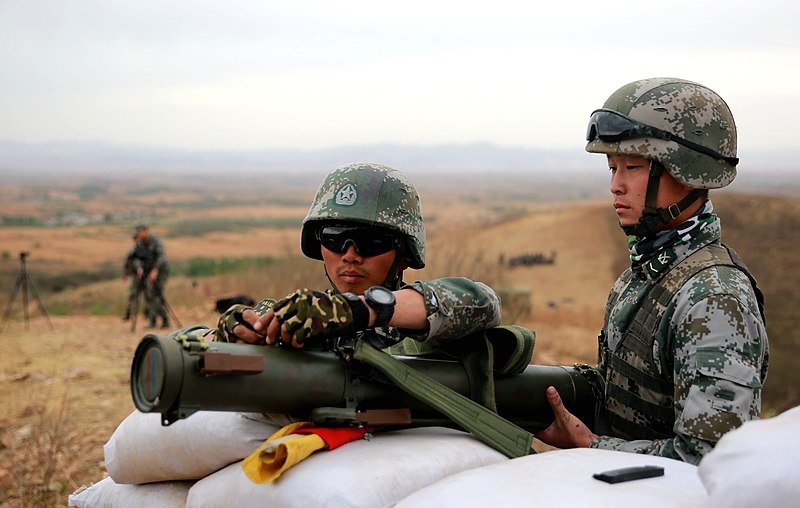 Relations between China and Taiwan have not been at its best as of late, as China grows increasingly aggressive over the island nation in its plans for reunification. As tensions escalate in the South China Sea, a report revealed that China has a four-part plan to invade the island nation, which also includes military actions taken against US soldiers.

WION obtained a copy of China’s “invasion playbook” detailing China’s plans in a possible military confrontation as Beijing considers taking over Taiwan through military means. Chinese military planners have come up with four military campaigns for possibly invading Taiwan. Included in the plans are airstrikes on US military forces.

The second phase involved a blockade operation, where China would isolate Taiwan from the rest of the world. This would include cutting off communication and blocking key supplies from reaching Taiwan. The targeting of US troops by the People’s Liberation Army would make up the third phase.

“The People’s Liberation Army would conduct air strikes on US forces deployed near Taiwan to weaken the Taiwanese defense. That will leave Taiwan open to ground attack,” said the report. The fourth phase would be carrying out an amphibious assault on the island nation, targeting all branches of Taiwan’s military from the army, navy, and air force.

While China appears determined to take over Taiwan in a plan to reunify both nations, an expert has warned that Beijing may receive backlash from its own citizens and trigger internal conflicts should an invasion take place. Catherine McGregor of Sky News Australia suggested that an invasion of Taiwan by China would have serious consequences for Beijing, triggering an economic crisis. This is because of the societal impact from Chinese President Xi Jinping’s “one-child policy.”

“With a nation that has had a one child policy privileging sons,” said McGregor. “You start sending those single sons of families home in body bags. Let’s see what happens internally.”