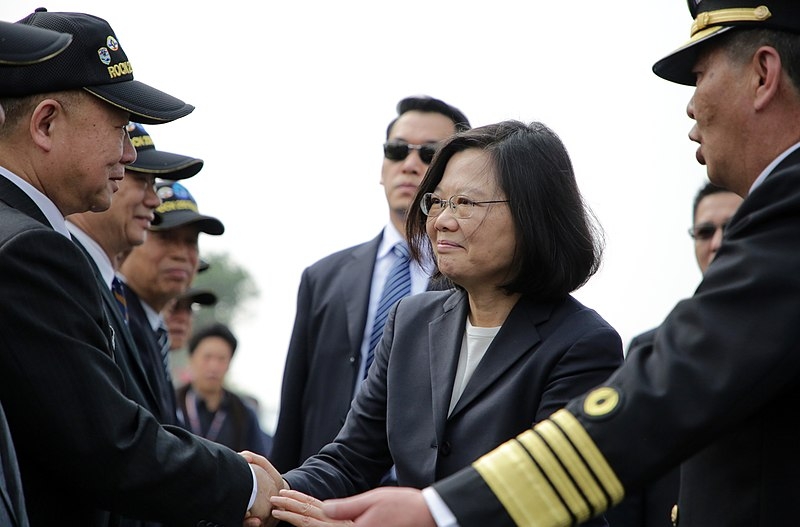 Office of the President, Republic of China (Taiwan) / Wikimedia Commons

Tensions remain regarding Taiwan and the South China Sea as China continues to pressure Taipei. An assessment by Taiwan’s defense ministry revealed that Beijing may attempt to carry out an invasion by 2025.

Express reports that the assessment made by Taiwan’s defense ministry was submitted to the Taiwanese parliament for a budget review. The report noted that the People’s Liberation Army of China did not have enough amphibious ships to carry out a potential invasion on the island nation in a single landing.

“Military strongly defends ports and airport and they will not be easy to occupy in a short time. Landing operations will face extremely high risks,” said the assessment by the defense ministry. The report also warned that China may have improved its ability to control the waters by 2025. The ministry also warned that Beijing may attempt to make a surprise attack on the island nation through its military exercises.

The report warned that China’s military may target the waters east of the island nation. From there, they may surround Taiwan and isolate them from its allies as it carries out an invasion. Taiwanese President Tsai Ing-wen has been overseeing a military modernization program to make the island nation harder to invade.

China views Taiwan as its territory and has been engaging in a pressure campaign against the island and its democratic government. Taiwan has since resisted the harassment by Beijing, even as PLA jets have repeatedly made incursions in its airspace.

China is also facing a conflict with Taiwan and surrounding nations over the South China Sea. With Beijing increasingly attempting to assert dominance over the waters, US Secretary of State Antony Blinken warned China to cease its aggressive actions in the disputed body of water. During a visit to Indonesia, Blinken reiterated that Washington will work with its allies and partners to maintain a rules-based order in the region and that countries should have the right to “choose their own path.”

“That’s why there is so much concern – from northeast Asia to southeast Asia and from the Mekong River to the Pacific Islands – about Beijing’s aggressive actions,” said Blinken.

“Claiming open seas as their own. Distorting open markets through subsidies to its state-run companies. Denying the exports or revoking deals for countries whose policies it does not agree with. Countries across the region want this behavior to change – we do too,” said the State Department head.