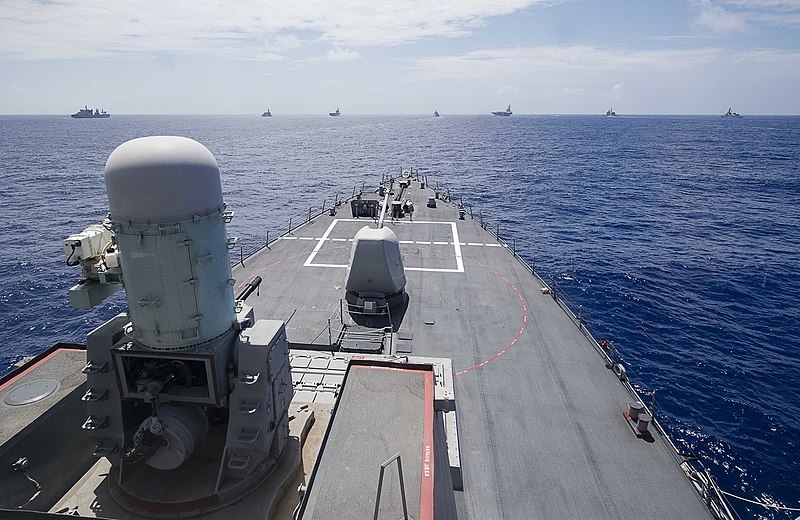 In the highly contested South China Sea, there is also the disputed Taiwan Strait that China claims to have control over. Beijing criticized the US for making “security risks” when it sailed through the waterway.

The US Navy 7th Fleet said the USS Benfold destroyer sailed through the Taiwan Strait in a “routine” transit that fully complies with international law. Washington has carried out such transits once a month, which China views as a sign of support for Taiwan, which Beijing also claims sovereignty over.

The People’s Liberation Army Eastern Theater Command said it followed the US ship throughout the Taiwan Strait and issued a warning.

The US Navy responded, saying the ship “transited through a corridor of the Strait that is beyond the territorial sea of any coastal State” and that its transit represents Washington’s commitment to a free and open Indo-Pacific region.

Taiwan’s defense ministry also responded to China’s claims, saying that the US ship sailed north through the Strait and that everything was “as normal.”

Both the United States and Taiwan rebuked China’s claims over the Taiwan Strait last month. Taiwanese Premier Su Tseng-Chang said at the time that the Taiwan Strait was an international waterway and was not “China’s inland sea.”

In an email response to Reuters, US State Department spokesman Ned Price also echoed Taiwan’s assertion that the Taiwan Strait is an international waterway where freedom of navigation is guaranteed under international law.

Price also reiterated Washington’s concerns about Beijing’s rhetoric and pressure campaign on the island nation and that the US will continue to “fly, sail, and operate wherever international law allows,” including the Taiwan Strait.