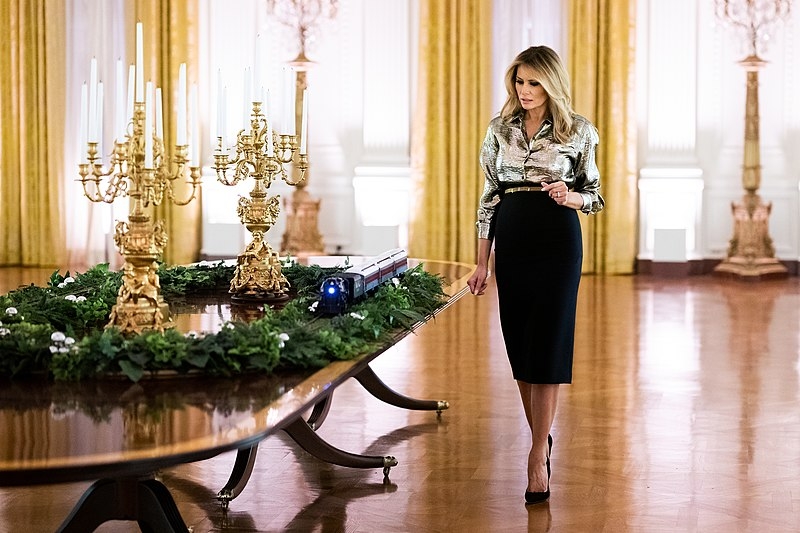 It remains to be seen what former first lady Melania Trump plans to do now that she is out of the White House. But, Melania may be looking to pursue a new venture but not before shying away from the public eye for a while.

It seems that Mrs. Trump plans on staying out of the public eye for a long time now that she is no longer the first lady. According to society publicist R. Couri Hay, Melania would likely choose to be a full-time stay-at-home mom and “homemaker” instead. The former first lady is reportedly focused on raising her only child with former President Donald Trump, Barron Trump now that they have touched down in Florida. This is also in line with previous reports having spotted the now-former first lady supposedly looking for a school for Barron to attend after relocating from Washington.

“Melania will disappear. There’s not going to be any Instagram posts or Twitter posts,” said Hay. “Melania is not a political activist any more than she is a social activist. When she married Donald Trump, that was the top of the ladder for her.”

Hay also commented on the growing speculation that Melania would be divorcing her husband now that they are out of the White House. The publicist said that there is very little chance for a divorce and that he would be surprised if she does decide to leave the former president.

Author of “First Women” Kate Andersen Bower also echoed Hay’s explanations of Melania’s post-White House career. Bower also explained that the former first lady’s initiative, Be Best, is also “dead in the water” and added that Melania may not have been genuinely interested in the campaign in the first place.

Onto Melania’s successor, former second lady-now-first lady Dr. Jill Biden has hinted that she would be actively taking on her White House role. Dr. Biden made the suggestion during virtual appearances with governors’ spouses, library officials, and young Latinos. Dr. Biden also took the opportunity to promote her husband Joe Biden’s call to unity and his $1.9 trillion COVID-19 relief proposal.