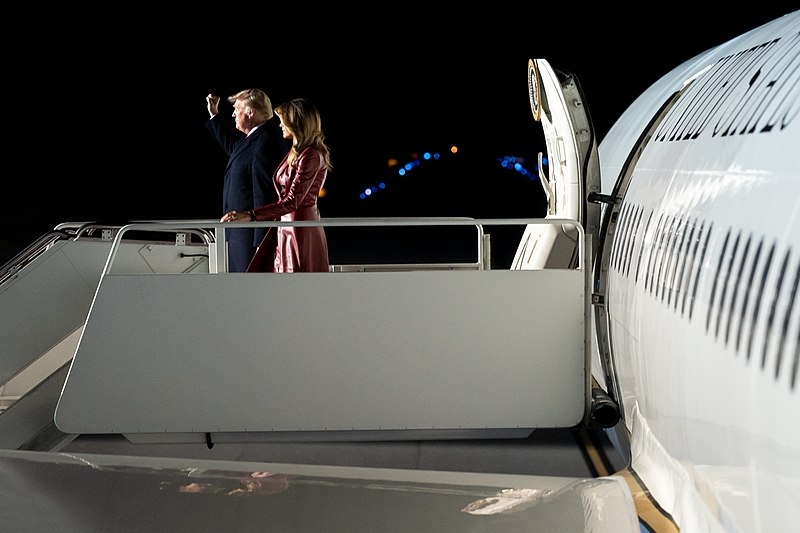 As of late, more speculations have circulated on whether former first lady Melania Trump will stay or leave former President Donald Trump now that they have left the White House. Controversial TV personality Piers Morgan revealed that he does not think that Melania will leave the former president immediately.

Speaking with Lorraine on ITV, Morgan explained that Melania would opt to take her time before she would divorce Trump. The Good Morning Britain host described the former first lady as a “tough cookie” and added that Melania knew what kind of person Trump was before marrying him. Previous speculations predicted that the former first lady would leave Trump should he lose his reelection bid. Trump lost to Joe Biden, who was inaugurated last week as the 46th President of the United States. The former president also faces legal battles, including a trial by the Senate.

“Melania is a tough cookie,” said Morgan. “I’ve known her for a long time since I did the Celebrity Apprentice and I met her quite a few times over that period. She was always very controlled, poised, very beautiful, very elegant, very charming, she has always been very nice,”

“The idea that they will split up, well I mean, she knew who she was marrying, I don’t think his behavior is any surprise to her,” added Morgan. The tv host then noted that Trump must be convicted by the Senate due to the insurrection that occurred at the Capitol.

Other former aides to both the former first lady and the former president have had conflicting revelations. Former aide Omarosa Manigault Newman said that Melania was already anticipating the day that they leave the White House. Stephanie Winston Wolkoff however, said that the Trumps have a “transactional marriage” but that Melania is more alike with her husband than she seemed.

Trump’s niece Mary Trump also recently weighed in on the divorce speculations. Speaking with the Telegraph, Ms. Trump shared that while she believes that the Trumps do love each other, her uncle “does not understand affection or intimacy.” This may have translated to the couple seemingly being cold towards each other.