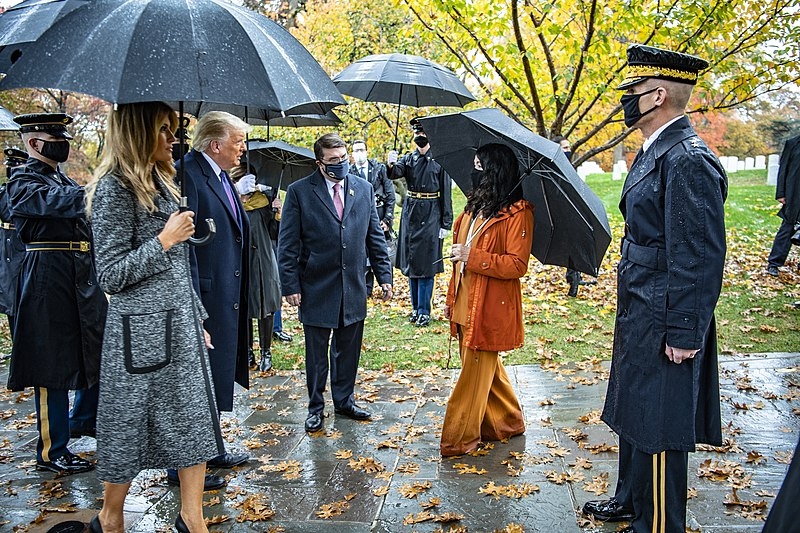 Speaking with LBC’s Eddie Marr, Wolkoff blasted the former first lady and her tenure in the White House. The former advisor to Melania described her as “tone-deaf” and even touched on her final speech ahead of the inauguration. Wolkoff noted that Melania has been her husband’s biggest supporter in his first and only term in office. The Trumps did not attend the inauguration and spent the final hours of their term in the Mar-a-Lago resort in Florida. Close aides and Trump’s adult children were present at his send-off but several congressional leaders, even now-former vice president Mike Pence, attended the inauguration instead.

When pressed on what she meant by tone-deaf, Wolkoff cited Melania’s citing of unity and healing in her final remarks as the first lady. Wolkoff also referenced the riots at the Capitol last January 6, when a pro-Trump mob stormed the building in an attempt to overturn the formal counting of electoral votes. Trump was impeached by the House for a second time for incitement of insurrection.

“The recent impeachable actions by her husband Donald and the horrible mess he has left our country in and her to try and telegraph some type of confidence,” said Wolkoff. “She asked us to focus on what unites us, always choose love over hatred, and peace over violence. It’s irrational and just hypocritical. Basically, she is asking us to be the antithesis of all that Donald demonstrated his entire four years in office.”

While it remains to be seen what Melania plans to pursue after her time in the White House, a clip of her arriving in Florida went viral on the internet for her refusal to stop for the cameras. Melania did not stop and pose for the photographers that were present contrary to her husband, who still stopped to smile and wave to the press. Twitter users commented on the viral clip, with some suggesting that she may be filing for divorce from her husband anytime soon.